Wanna feel nostalgic? Well, this new Eddsworlds mod is going to bring the ocean of nostalgia as it features the characters of the famous comedy web series-Eddsworlds. Here’s everything you need to know.

Apart from being a rhythm game, Friday Night Funkin is known for its wide variety of music and characters to fight against. The game is developed by ninja_muffin99 and is currently live with the Week 6 update. Every 2-3 weeks, new tracks and characters are introduced in the game. FnF features the story of a boyfriend who isn’t able to impress his girlfriend as the girlfriend’s family poses as an obstruction. The boyfriend has to defeat them in a battle of music by hitting the correct notes and if he wins, he gets the reward. 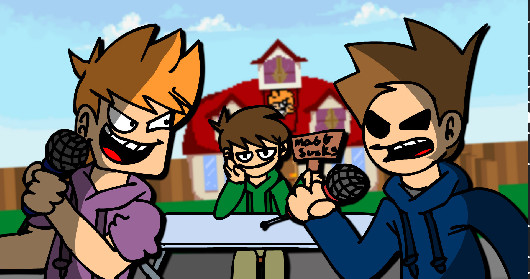 So, being a single-player game, it can get repetitive as the same tracks and characters appear on every single level. So, to enhance the experience further, mods are introduced. Well, this mod is somewhat special as it packs nostalgic vibes.

Anyone who has watched Eddworlds knows that it is a comedy web series featuring the main protagonist- Matt and Edd. Well, this mod has brought them back again as they fight against each other. The Mod features Todd as the playable character who has to fight Matt in a battle of music while Edd takes the place of the girlfriend as he calmly observes the two.

The battle is fought on three familiar songs which are really cool. So, get ready to defeat one of the star appearances of the famous comedy web series and embrace the victory.

This mod can be downloaded from the official Gamebanana Website or you can find the direct download link here.
After downloading, extract the files and replace them with the original game files to apply the mod.

If you wish to know more about the other mods for FnF, here is a list of some of the famous ones-