How about a change in Friday Night Funkin in the form of new skins and new story aspects? Well, this BLU Mod does the job for you by including various visual changes in the game. Here’s everything you need to know.

Apart from being a rhythm game, Friday Night Funkin is known for its wide variety of music and characters to fight against. The game is developed by ninja_muffin99 and is currently live with the Week 6 update. Every 2-3 weeks, new tracks and characters are introduced in the game. FnF features the story of a boyfriend who isn’t able to impress his girlfriend as the girlfriend’s family poses as an obstruction. The boyfriend has to defeat them in a battle of music by hitting the correct notes and if he wins, he gets the reward. 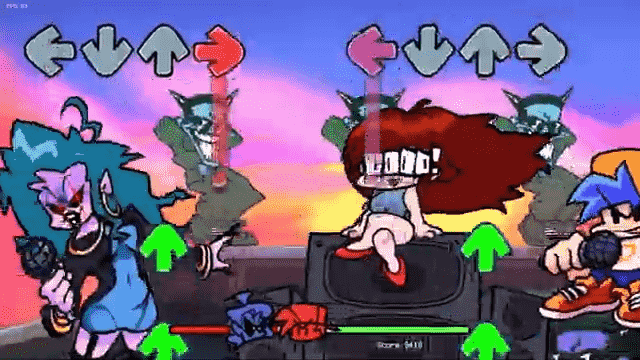 So, being a single-player game, it can get repetitive as the same tracks and characters appear on every single level. So, to enhance the experience further, mods are introduced. These mods range from introducing multiplayer modes to new skins for visual enhancements. One such visual mod is this BLU Mod for FnF.

The BLU Mod changes certain aspects of the game including visuals and story. It changes the sprites of all characters by applying hue shift or complete color reworks. It also replaces sounds on missing keynotes. A fun little addition to the game just to provide something new and fresh to the FnF community.

This mod can be found on the official Gamebanana website or you can download the file from this link. After downloading, replace the assets folder of the original game directory with the downloaded one.

If you are not yet satisfied, we have more FnF mods for you. Here’s the list

Is Friday Night Funkin kid-friendly - Here's everything you should know