Original Post (April 21): Xiaomi is not just famous for its affordable yet feature-packed smartphones. One of the main reasons why Xiaomi is what it is today is because of its user-friendly interface and custom OS that runs based on Android OS. The custom OS of Xiaomi is called MIUI. The latest version of the OS is MIUI 11. Another reason why the brand has such a wide reach is due to its service of regularly updating the audience with what’s upcoming and what’s new and keeping pushing the promised features. Having said that, MIUI 12 is the upcoming OS from the brand, and the latest news about that is exciting.

We recently reported to you all that MIUI 12 to arrive earlier than expected. You need to know that the software is still in a building process. Also, we just receive the hottest news about MIUI 12 closed beta. It seems like a piece of leaked information suggests all we need to know about MIUI 12 Beta.

Unofficial screenshots have been suggesting that a closed beta update has been made available. The beta update is provided for some selected beta testers of the official team. Fun fact, the beta version goes through some major testing by the internal team before selective users receive the beta update. The screenshot of the MIUI 12 beta update being available has been leaked illegally and the world can’t wait to learn more about it! 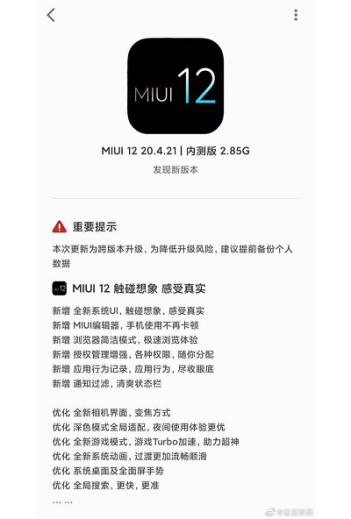 It seems that around 60 beta testers who are a part of the integrated team of developers have received a closed beta update of the next iteration of MIUI. What you see above is the screenshot of the update being provided to the selected ones. The lower portion of the screenshot is the official changelog. Check the image given below to find the translated details that are from the leaked screenshot described in Chinese (from Google Translate). 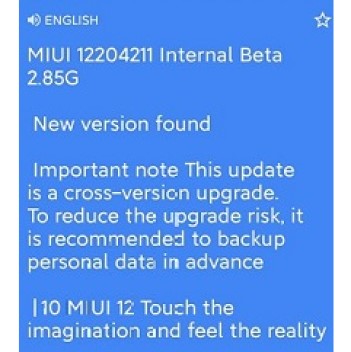 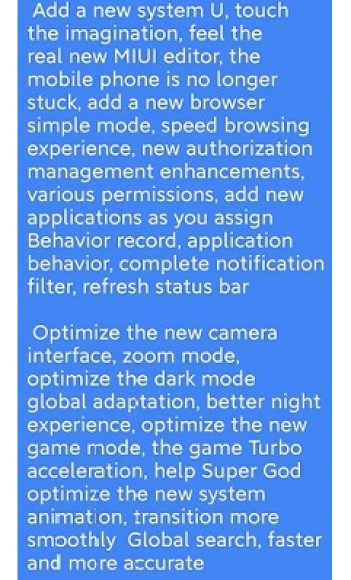 With most of the official images being confirmed on our site already, it only hypes us all a lot more as the release date nears. There have been quite a few suspicions on how real or fake these images are. A Xiaomi-centric tweep has posted that at least three people have assured and confirmed that the screenshot is legitimate, and we can expect more information very soon. 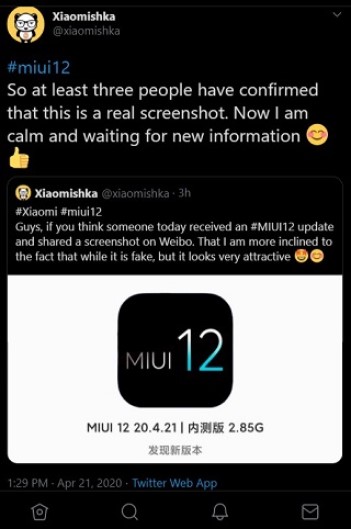 Do check out the cool features MIUI 12 update will bring along for its users.

Given below are some of the features and improvements that we can look forward to in MIUI 12.

Earlier, MIUI 12 was unofficially (yet with numerous hints) expected to be released in October 2020. But surprise! MIUI 12 is all ready to be released in China on the 27th of April 2020. The global version might be announced with the launch of the stable Chinese version. Above all, this version will release alongside Mi 10 Lite in China.

We will update this article when we receive further information about MIUI 12, so stay tuned. Also, share this article with all those who are waiting for the update!

Miui 12 download links now available for some devices. You check out the more details by below: