Chinese OEM Xiaomi has lately been making it to the headlines. There’s no doubt that Xiaomi has been doing a great job in the industry so far. The brand keeps bringing new and innovative products to the market. Xiaomi has successfully established its huge community base across the globe. The brand is known for its powerful devices that also provide great value for money. Recently, we also saw a couple of premium flagships by Xiaomi that broke some records as well. Xiaomi has a huge fanbase and its devices are loved by many.

One of the few obvious reasons for Xiaomi making the headlines is the upcoming MIUI 12. We have already had a ton of rumors about the upcoming MIUI 12. Recently, we also saw some of the design and feature leaks of the supposed MIUI 12. While all of us have been speculating to see the MIUI 12 coming out around September, It seems like Xiaomi has some surprises for us. Yesterday, some leaks about MIUI 12 release on April 27 were also surfaced Online, and today more details are arriving.

SEE ALSO: Download MIUI 12 Eligibility Test App : Check whether your Xiaomi Phone will get MIUI 12 Update or not

Xiaomi was one of the very first brands to start the development of Android 11 based Custom OS. MIUI 12 has now been in a long time under development and we have already seen the leaks of the mid-early builds of the OS. While it was not really expected to see the upcoming MIUI 12 anywhere before than August, Xiaomi has shocked us with a huge surprise. Yes, you heard it right.

A few days back a thread popped up on the Mi Community forums which revealed the upcoming release of a new Xiaomi smartphone. This smartphone was alleged to be to the Mi 10 Lite also known as the Mi 10 Youth in some regions. Now, Xiaomi itself has confirmed that the Mi 10 Lite will be launching on April 27. But, this is not the real surprise we have been talking about. Of course, it is a pretty normal thing for such a brand to launch a new smartphone. So, here is the main thing you have been waiting for: 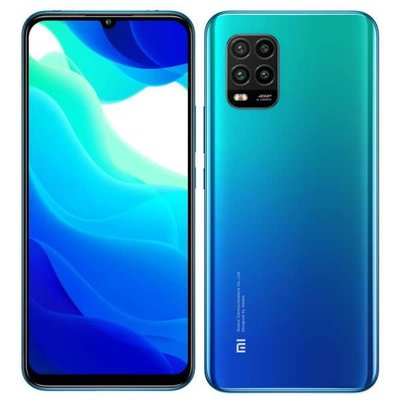 We also got an eye on some of the quite interesting specs of the Mi 10 Lite 5G. The device will feature a box-shaped camera module at the back. One of the lenses is a periscope lens that will enable users to enjoy up to 50x zoom capability. Furthermore, a tipster also added that the device will come with a huge 4160 mAh battery but is still slim and light. The device weighs only 192 grams and is a sleek device with only a thickness of 7.98mm. Talking of specs, we have already seen the major specs of the device alongside the Mi 10 Pro in a previous launch event.

The main highlight of the event is going to be the latest MIUI 12 rather than the device. This has left many people getting all excited about the launch event. Given that MIUI is about to launch on April 27, we can also expect the brand to release a stable roadmap for the update soon enough for its devices. As of now, we are not yet sure if the Mi 10 Lite will come with MIUI 12 out of the box. This can only be known if we wait a little more and see what all exciting things, Xiaomi has up its sleeves for this amazing event.

Stay tuned for further updates on MIUI 12 and more such related content. Also, share this article with all those Xiaomi lovers who have been waiting for the latest MIUI 12 and the Mi 10 Lite 5G.