With the confirmed absence of the two Vietnamese teams, Riot Games had to review the Play-In format for the 2020 Worlds of League of Legends. This September 25, the 2020 edition of the League of Legends World Championship will begin in Shanghai and all regions will have their representatives, who arrive after having been the best in the Summer Split and will seek to stay with the glory.

League of Legends Worlds 2020 will feature 22 teams, of which 12 will qualify directly to the Group Stage, while the other 10 will fight in the Play-In to fill the four remaining spots. In short, the teams already classified will be the following:

Vietnam (VCS) was a region that was going to participate but on September 1 it confirmed that they will not be able to travel to China due to the COVID-19 pandemic, leaving their two places vacant, and Riot decided to lower the number of teams from 24 to 22, modifying the entire format of the Play-In.

Public opinion on Rogue qualifying for Worlds is the perfect example of how results based people are these days.

At the end of July, Nicolo Laurent, general manager of Riot Games, and John Needham, general manager of esports, had confirmed that the Worlds 2020 of League of Legends would take place this year, and would take place from September 25 to October 31, exclusively in Shanghai. As for the final, it will take place at the brand new Pudong Football Stadium, which will also host the AFC Asian Nations Cup in 2023. Riot Games has also confirmed that the Worlds 2021 will once again be held in China and that the United States will host the 2022 edition.

To ensure the safety of everyone who brings the 2020 World Cup to life, all phases of the tournament will take place in Shanghai. For Riot Games and the tournament organizers, hosting the event in one city will reduce trips during the competition and allow them to have more control over the event environment. The early stages of the tournament will focus on the digital viewing experience and will not take place in front of an audience; As for the finale, Riot Games will adjust their plans based on developments in COVID-19 and local regulations.

Now is the time to talk about format and there are going to be some changes for 2020, especially due to the fact that the two teams from the Vietnamese league qualifiers will unfortunately not be able to travel to Shanghai to participate this season. Following this change, there will therefore be a total of 22 teams instead of 24 who will compete for the title of champion this year.

Over the past few weeks, we have explored all possible options to include VCS teams while ensuring the safety of VCS players. The VCS teams and VCS fans have been an irreplaceable part of the Worlds, but given the current circumstances, we have made the difficult decision to continue without them this year. […] It also forced us to adjust the format of the event to allow the participation of fewer teams. We’ve explored a variety of different formats to deliver the most compelling and exciting Play-In experience, with minimal impact on our broadcast schedule. We finally decided to condense the Play-In phase of the tournament to involve 10 teams instead of our usual 12.

Change in Round Robin

The 10 Play-In teams will be divided into two groups of five teams each (2 teams from Pool 1 and 3 teams from Pool 2). Each of these groups will play a single round-robin (BO1) and here is how the qualifications for the Main Event will go: 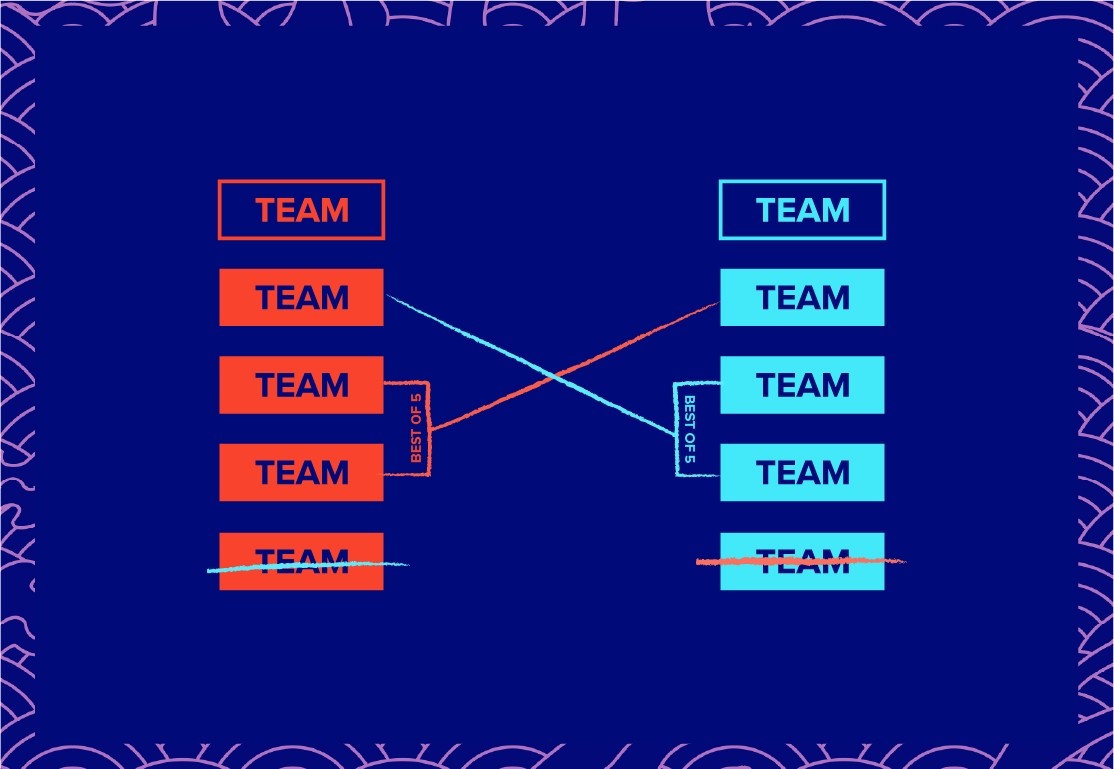 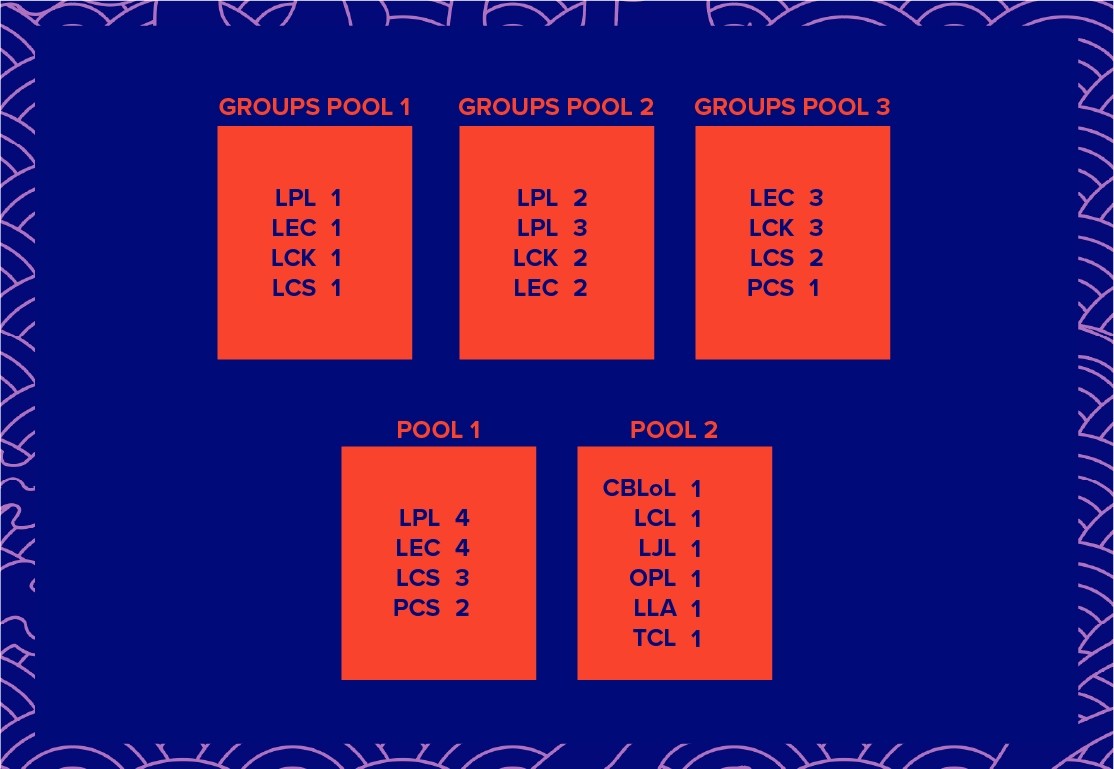 To maintain an even number of teams in the Play-In, Riot Games also made the decision to directly promote a team to the Main Event. After evaluating past regional performances at international events, Riot Games has determined that this promotion will be awarded to LCK seed # 3.

While we generally prefer double round robin formats to balance the impact of selection. But we have not been able to find a format that would allow us to run a double round robin for so many teams. While giving teams the chance to compete in the best conditions. A single round-robin with a group of five always allows us to make sure that each team gets an equal number of blue and red side matches. And this format actually allows more teams than usual to experience the thrill. to play a BO5.

Keep an eye on our twitter for more League of Legends’ news and updates.