The first teaser for Tellstones: King’s Gambit was presented during the stream during the Summer Game Fest. A game picked out directly from League of Legends’ universe. It was played by people in Riot’s created world and is an interesting take on memory and bluffs.

At the moment, little is known about the game. But during the game players should remember the position of tokens with different signs and interfere with the enemy. Bluffing will be a key element of Tellstones, according to Riot VP Greg Street.

All accessories for the game will be made of high-quality materials – so that the tokens are not erased and they cannot be distinguished by defects. For Riot Games, this will be the second board game in the League of Legends universe.  In 2016, the company released the cooperative card game Mechs vs Minions. 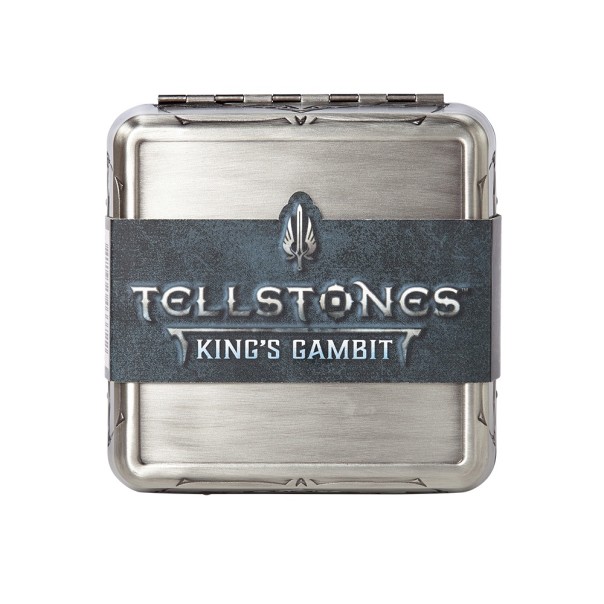 Tellstones within the League of Legends universe is supposed to be an ancient, portable board game. The inhabitants of Runeterra carried with them while touring the continent. That has been the maxim that has subsequently governed the design of the game at the best standard possible.

The promotional video focuses on placing Tellstones in the LoL universe, showing champions like Fiora, Lux, Quinn, Sona and Taric playing Tellstones matches. There is no fully detailed explanation of how the game works, but it seems that each piece represents a symbol, arranged in a row with the symbol face down. The opponent must guess what the symbol of the chosen stone is. See below:

As explained by Greg Street, vice president of IP and entertainment at Riot Games:

Tellstones is a universal game from Runeterra and the version that players will see first is Demacia themed – so the pieces will be white and blue. In addition, the symbols represented will be relevant emblems for the Demacians. Still, there is an expectation that editions from other regions may be launched in the future.

Speaking of release, there is no prediction for the arrival of Tellstones: King’s Gambit to the public. What is certain is that the game will be packaged in a metal box and there is a promise that the pieces will be of high quality, “as items that can last for a long time”, as Street explained.

Halfway between Memory and Poker, Tellstones King’s Gambit is the second board game produced by Riot Games. After the colossal success of Mechs & Minions – to the point that the board game is now out of stock – the publisher has chosen to turn to a lighter and simpler format.

During the 10th anniversary, Riot we already gave some clues about the new board game of League of Legends, and Saturday afternoon was the moment awaited the official presentation of Tellstones. The one that will be the first of the many games that will come around the Runeterra universe.

It is a two-player game based on lanterns with complete information. Various variants of Tellstone are played throughout Runeterra. We are working so that you feel that this experience has come directly from Demacia«, Explained Greg ‘Ghostcrawler’ Street, head of the PI team at Riot Games, that is, in charge of the expansion of the League of Legends universe.

Tellstones is the kind of game that takes little time to learn, but years to master. Because in reality, each part depends on the opponent. And if our Hearthstone intern was quickly defeated, our Deputy Editor still has a 100% win rate today …

In each game, you engage in a bluff duel with another player. Thanks to several actions, you will be able to place, mix, and return the seven tokens of the game, in order to disturb the memory as well as the thinking of your opponent. To win, you will then have to make him err by challenging him to guess the symbol of the coins.

Without offering more information about it, we see that Tellstones will be a  game of chips, which surely promises dynamic games and short time, allowing to play a good number of them in the same afternoon. Everything indicates that both contestants will have a number of chips, or play with the same pile, and try to add points with the different symbols of the same, being able to change them or turn them over to hide them and play with the rival memory.

You will understand, Tellstones does not have any complex mechanics. The pleasure we get from it does not come from incredible play, but rather from the ability to confuse an opponent, to make him fall into your trap.

And since a video is often more explicit than a long article, here is the one made by Riot Games to explain the rules of their new game.

Like checkers or chess, Tellstones is a game of frightening simplicity. But this is precisely where its success is rooted, and it is for this reason that we have let ourselves be caught in recent weeks. Yes, it only takes seven tokens with a front and back, as well as two pebbles to play Tellstones, and owning the official version in its ornate steel case doesn’t seem necessary – on the surface.

Because Tellstones is more than a game, it is a stylish object that will delight collectors. If, like us, you devour everything that touches near or far to Runeterra, then the youngest of Riot Games will surely be able to enchant you. If necessary, know that it is already possible to get it for 31.50 euros.

Keep an eye on our twitter for more League of Legends news and updates.