Warhammer 40K Boltgun is the brand new first-person shooter that’s set in the same universe of core Warhammer games with the aesthetics of older DOOM & Quake games. Developed by Auroch Digital, it lets players into the role of Space Marine, the ultimate killing machine. You will get to experience the brutal gunfights against daemons of Chaos and a chilling plot that’ll surprise you with twists and turns.

The sprite graphics, the blood, and gore with fast-paced gunplay feel fulfilling and can take you back to early DOOM, & Quake days with challenging gameplay and difficulty that upheld a certain charm. Fans of the series are wondering about the release date of the game and we’re here to divulge all the important details of the new Warhammer title. Continue reading the article to know more about Warhammer 40K: Boltgun and its anticipated release date. 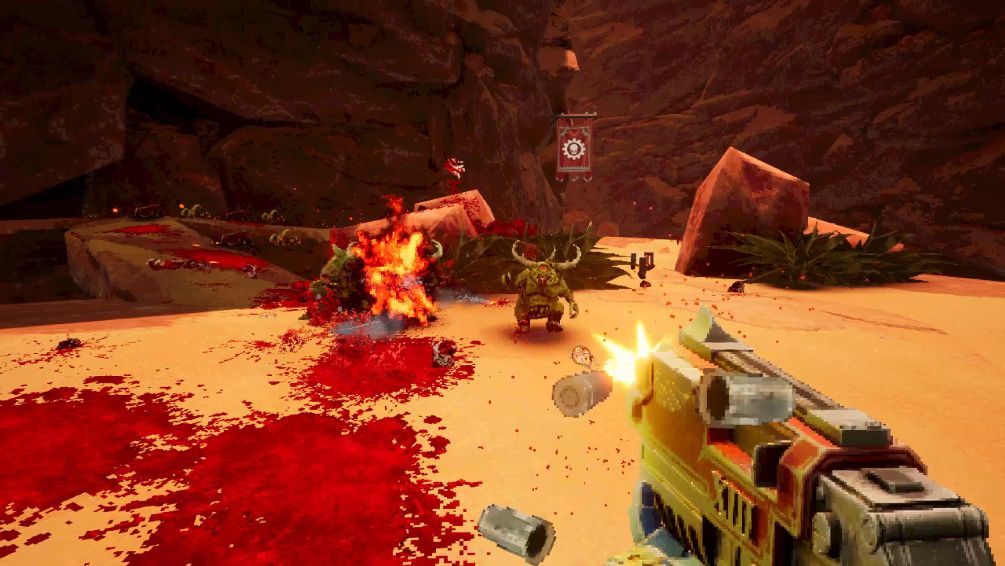 While most Warhammer games tend to focus more on modernistic visuals, Boltgun, however, imitates the 90s retro FPS feel with sprite graphics and improvised mechanics to make it more compelling and fun to play. It lets players assume the role of a space marine who ventures into the universe to face off against daemons of chaos and Chaos Space Marines. Armed with the classic Boltgun weapon on your armored fists, it lets you slice daemons and chaos space marines modeled as sprites and spew lots of blood that DOOM fans are quite familiar with.

In brief gameplay footage in the reveal trailer of Warhammer 40K: Boltgun, we saw that the game offers huge levels for players to slice, shoot, and kill enemies. The huge levels offer more freedom compared to the linear level design the early 90s game had and it works well in the case of Warhammer 40K: Boltgun. In the trailer, we also got to see a few weapons in the game like a melta gun, and the titular boltgun. Devs will most likely further implement a new arsenal of weapons in the future that’ll add more depth and fun to the combat. 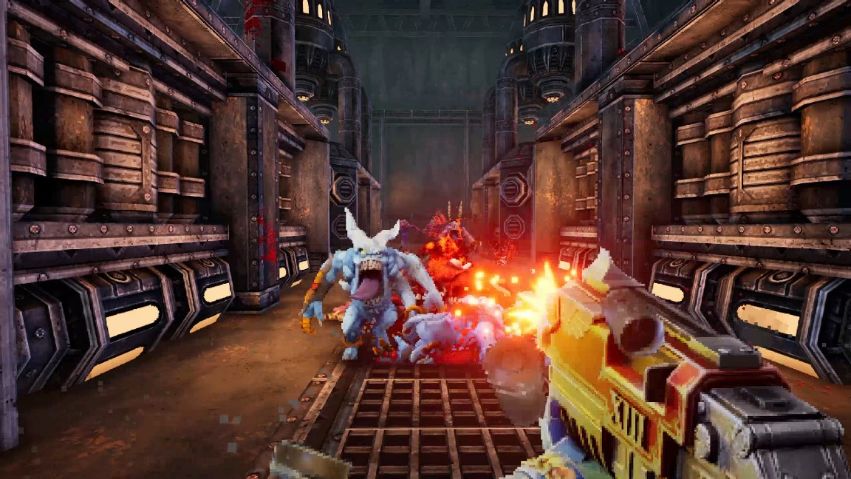 Sadly, no official release date of the game has been given except for the fact that it is going to be released sometime in 2023. However, we do know that it’ll be arriving on consoles like PlayStation 4, PlayStation 5, Xbox One, Xbox Series X/S, Nintendo Switch, and lastly PC. As soon as we get the release date from the official sources, we’ll keep you updated.

We hope that you enjoyed reading this article, stay tuned for more updates on Warhammer 40K: Boltgun, news, and more at Digistatement.