Rumbleverse: How to throw items?

Rumbleverse is a brawler royale. This means the game focuses on close-range melee combat. It is a new take on the entire battle royale concept and is a new addition to the battle royale pool of games. In this game, you are dropped in a city with up to 40 other people. Interestingly, the focus of this game is on melee combat and you can interact and use a few items for ranged attacks. A mechanic not unique to this game is throwing things. While this is in no way reinventing the wheel, the take on this mechanic in this game is new and refreshing. In this article, we are going to go through, in good detail, how to throw in Rumbleverse. 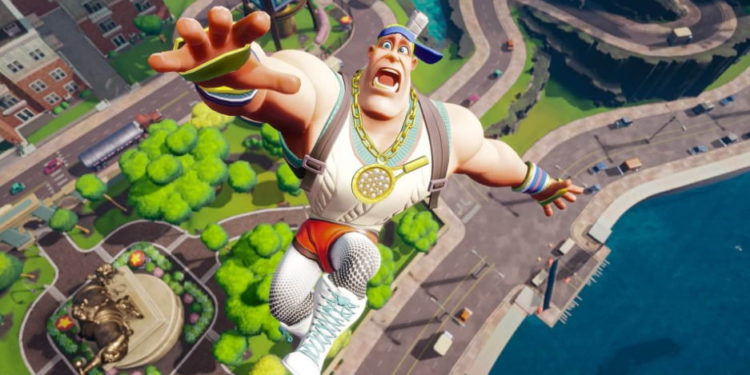 Rumbleverse is an interesting game in the entire battle royale genre. Its throw mechanic is a very different take on the ranged combat formula. While in most battle royale games, you basically have to use weapons and throwables are limited to grenades and other specifics, this game is different. It has various objects that can be thrown around. You will find these objects all over the city. These items have to be picked up and then thrown at targets.

Rumbleverse: How to throw items?

The throwing mechanic in this game is very simple. All you have to basically do is pick up an object and then throw it. In order to do this, however, there are a few caveats to consider. Objects are almost always static. Because of the close-range nature of this game, you are likely going to be in tight and close fights most of the time. Additionally, you are likely going to be competing with multiple enemies at the same time. While throwing is a very good ranged tactic, it can be a hindrance at closer ranges against faster opponents.

Throwing in this game also has some nuance to it. In order to throw, you have to pick the item up. Once you pick an item up, you can either drop it or use a designated key to aim before you throw. You can then throw it at the target you aimed for. It is nice that the game gives you an option for accuracy and time to choose where you throw it, but, as we said, it can be a hindrance at closer ranges.

If you found this article heavy with information and would like to read more, visit us at DigiStatement and look out for more articles just like this.

Sims 4 Not Launching via Origin: How to fix it?

Rumbleverse: How to create private party?

Rumbleverse: How to create private party?