Games today mostly revolve around two genres – action and adventure. The gamers have always been prioritising only those games that offer bombastic actions sequences with objects and people flying all around. And we forget that other ones may not have instant stupendous fights happening all around. We’ve stopped talking about the genres like simulation which have a lot to offer. For instance, you can check the likes of Animal Crossing and Snowrunner.

One such simulation game is the Potion Craft. The game is an alchemist simulator developed by the Niceplay Games and has been released for players on 21st September 2021. The game allows players to play as aspiring alchemists in their own potion shops while physically interacting with their tools and other ingredients to brew potions. Here are the features of the game – 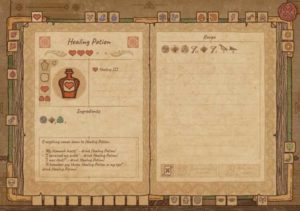 Before the release of the game, some of us got the playtest version and most of us loved that. A lot of players got access to the playtest, and as per their opinion, the game has a lot of potentials. 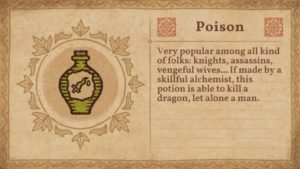 What the players found the best about the game was that the developers kept releasing regular patches related to the bugs and updates, and they were amazing. The recent patch update 0.3.8 was a huge success as it fixed quite a lot of bugs in the game.

With the game officially out now, let’s talk about some potions. Since the game is all about potions, we can expect a hell lot of potions all around. And from the game, we know that these are of three tiers – I, II and III. Tier III potions are the most powerful ones and are somewhat difficult to prepare. We have tried to explain how to make a Tier-3 potion with an example –

Example – How To Make A Tier 3 Healing Potion

The primary thing to look out for while crafting a tier 3 potion is the map. The map in the front shows the intensity levels of the potion. The closer you are to the center of the effect on the map, the stronger the potion will be. It’s just like the Shadow Fight game, where we have to keep tapping on a bar to reach a certain level to deal maximum damage! 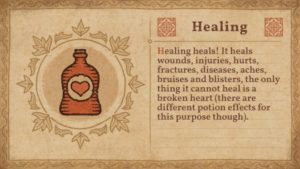 Tier 3 healing potion is perhaps the strongest healing potion in the game. But it requires only two ingredients to prepare it, regardless of the order of how you add them. The two ingredients are the Brown Mushroom and Waterbloom. The point to remember is that both the ingredients should be crushed properly in the mortar and pestle. And while stirring it in the cauldron, you should try to maintain the intensity to the center of the circle. And your option will be ready!