Realme mainly focuses on two series, the regular numerical series, and the Realme X series. Realme X series are usually flagship or budget flagship devices. But the regular series is more common and widely used across the globe. Realme 5 Pro was one of the best devices launches from Realme. Talking about the X series, Realme X2 is a power-packed flagship entry smartphone.

Realme X2 is a budget flagship smartphone series from the brand that released in the month of September 2019. The base variant of this device currently costs Rs.16,999 and is available in Pearl White, Pearl Blue, and Pearl Green colors. 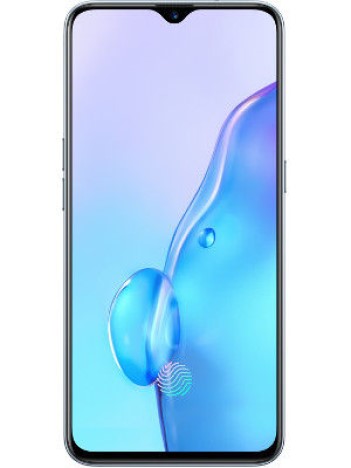 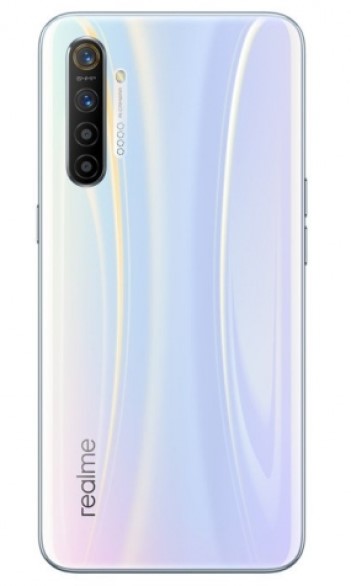 Realme X2 equips a quad-camera setup at the rear end where 64MP is the primary sensor, 8MP for ultra-wide, 2MP for macro capture, and another 2MP as the depth sensor. The front camera is a massive 32MP selfie shooter which is a premium level function. This device is run by a 4000mAh battery which is sufficient for a day.

We posted today about how Xiaomi Mi A3 received a July security update. Users were extremely happy due to the various bug fixes they were waiting for. Galaxy J6+ too received the July OS update. Finally, Realme X2 joins the list as well. July 2020 security patch update has officially begun to roll out for Realme X2 users.

Officials took to post on the Chinese Realme forum about the update. The official announcement included the update log as you can see in the image below. 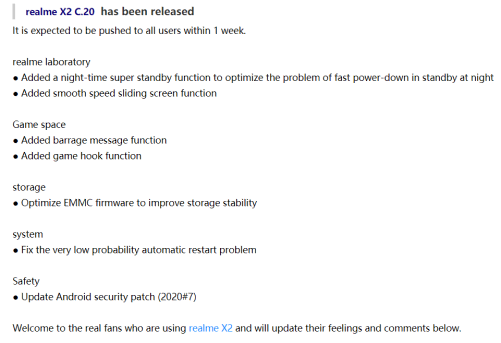 The post also came with precautions about how what to expect from the device and its behavior after updating as you can read below.

Rest assured, we post related content and updates every day, so stay tuned! Also, share this article with all those who were waiting for the July 2020 update.