Huawei users, great plans await you! EMUI 11 has entered the public beta stage and it will not take long before the stable build starts rolling out. EMUI is the custom UI skin of Huawei. Initially, this UI was based on Android OS. But the imposed ban has completely changed the UI interface of Huawei, making the EMUI updates the most exciting part for users.

Ten models of EMUI 11 are now in public beta! The Huawei P40 series, Mate30 series, MatePad Pro/Pro 5G version in your hand can boldly enjoy the smoothness of EMUI11. Don’t worry about other models, they will come later! 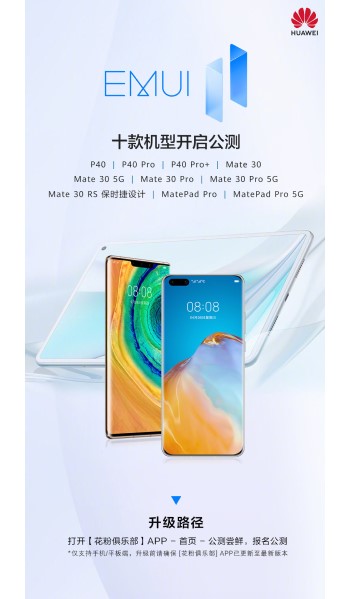 EMUI 11 is bringing interesting features like customizable Always-on display, live icons, smart multi-window, and a newly re-designed app gallery. You can read all about EMUI 11 from the link below.

Huawei is also bringing major privacy and security improvements. You will get to see an innovative camera feature called Long-take animations inspired by film shooting.