Call of Duty: Modern Warfare and Call of Duty: Warzone received a new playlist update with an update on May 11. The new update brings new and exciting playlist to the multiplayer mode in Modern Warfare along with new bundles to the store. Whereas the playlist remains the same for COD Warzone, that is Solos, Trios, and Quads for BR and Plunder.

Talking about the current issue, Infinity Ward has recognized the issue with the challenge. The developers in the official Trello board addressed this issue. the Trello card says, “Reports of ‘Use of Dead Silence in 3 matches’ challenge not working as intended.” 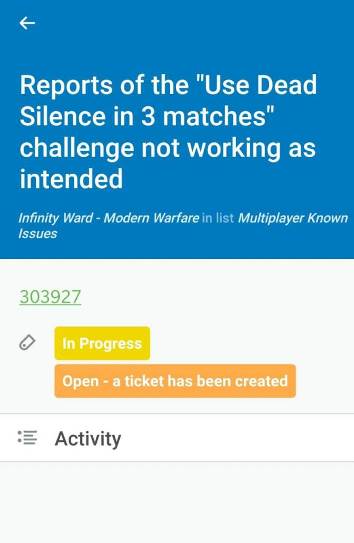 The issue with the MP challenge is under investigation by the developers. We will update this post with the latest related news and updates. Stay tuned.