Adopt Me has finally reached 20 Billion visits. With its growing popularity, it is important to constantly provide new and rich content for all the Adopt Me enthusiasts out there. So, we have information about the new items and new changes which are going to be added to the Spring event in Adopt Me. Here’s everything you need to know.

Adopt Me has become the first game in Roblox to have ever crossed 20 Billion visits. 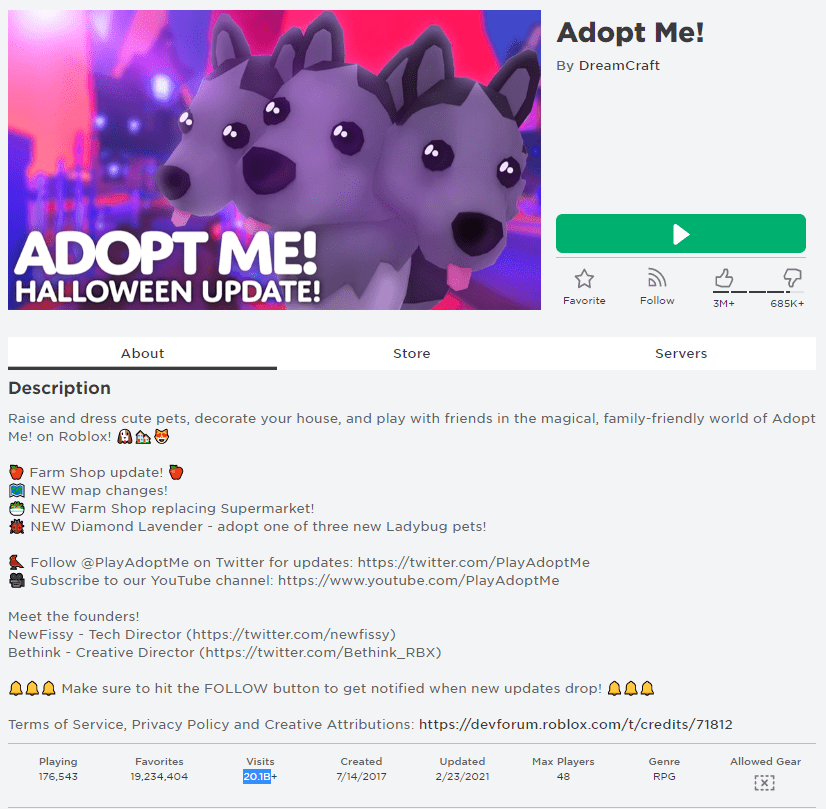 It recently celebrated the Lunar New year with the Lunar Update which ended on 23rd Feb 2021. However, Adopt Me is now live with the Spring aka Farm Update that introduced a new pet- Ladybug along with some map changes. But, just a single new pet won’t be enough for the players. So, Adopt Me team is planning to provide new and exciting changes with the upcoming update.

Spring Season is going to start from March 20 onwards so we expect that more content is going to be added to the game during this period. Well, it is also expected that the Easter update is going to be implemented with the Spring Festival update.

@PlayAdoptMe has released their weekly news video that reveals that new accessories are going to be introduced in the Hats Shop in this Spring Festival update. These accessories can be used on pets to make them look stylish and cool. A really fun and interesting addition, for sure.

More details about the accessories and incoming changes are going to be revealed later this week, as mentioned by the official host.

Did you know that new Ocean Eggs are coming to Adopt Me? These Ocean Eggs will be featuring water animals including -shark, octopus, whale, etc. However, there is no official information on the release date of the new Ocean egg, but we expect it to be released after the Easter update. Visit here for more information on the new pets that will be coming with the Ocean Eggs Update.

Also, new Mythical Eggs are rumored to come in Adopt Me soon. Although it is very early to say anything about it, several rumors about these Mythical Eggs have already surfaced on the internet which shows what pets are expected to come with it. The Mythical Eggs will definitely be releasing after the Ocean Eggs update but what we don’t know for sure is, when. To know more about the Mythical Eggs, visit here.