If you like competitiveness with anime-styled visuals and atmosphere, Yu-Gi-Oh and card games go hand to hand together. Based on the popular Japanese anime, Yu-Gi-Oh Master Duel is a competitive card game that tests players’ intuition and how they read their opponents and move according to that. It offers a huge variety of deck customization and offers thousands of cards and tutorials for new players and will help them get familiar with the basic mechanics of the game. The game has released a month ago and has received rave reviews with a total score of 79% by Metacritic.

However, not everything is going smoothly for this competitive card game as many players have reported that the game is not launching in full screen, thus hindering the immersion. We’ve mentioned a fix below in the article that you can try to get the game on full screen and enjoy it to the fullest. Read on more to know about the game and how to fix Yu-Gi-Oh Master Duel not launching in Full-Screen mode issue.

The cards in the Yu-Gi-Oh all have their own stats that can deal a considerable amount of damage if the opponent card stats are lower. As you progress through the game, you’ll obtain more powerful cards, including limited and forbidden ones that’ll help you power up your deck. To maintain balanced gameplay and ensure a fair competitive environment, the game often moves cards that are too powerful.

This free-to-play KONAMI game also receives new cards through its update that makes things interesting and engross players who love being competitive to refine their skills to the maximum. What separates this game apart from other Yu-Gi-Oh games is that you can also craft your own card that requires CP (crafting points).

The general issues like black screen issues, lag, FPS, and full screen not working are common occurrences in the current era of gaming. The error that developers failed to patch can be often fixed by the passionate community of the game and Yu-Gi-Oh is no different. Few managed to come up with a workaround that fixes the full-screen issue of the game. Follow the steps below to fix the Yu-Gi-Oh master duel’s full-screen issue. 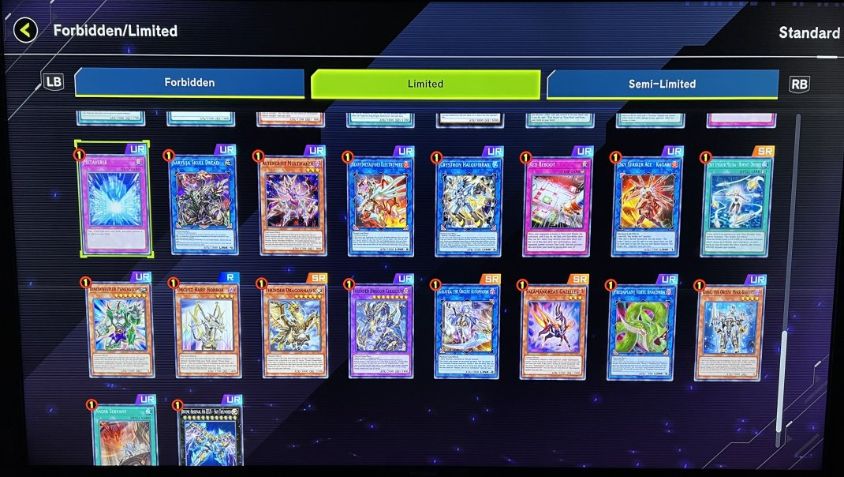 Once you’ve done that, launch the game and see if the issue is fixed or not. You can also press Alt+Enter while in the game to force the full-screen mode.

Can you play NBA 2K21 offline?

Can you play NBA 2K21 offline?