Gamescom is an annual event that takes place over three days, and during those three days many game titles which fans have been expecting or never expected they needed are announced, Gamescom 2021 went no differently, from August 24 to August 27, multiple titles were announced for all platforms. On August 26, 2021, Yu-Gi Oh Master Duel was announced with an amazing trailer that left fans in shock and wondering when will the game be released and for which platforms? We will tell you all that we know regarding these questions further in the article.

Since the game has only just been announced, we don’t have many details regarding the game, but it’s obvious that the base game’s concept will carry on, as in it is a trading card game where you can duel against other players and it may even have some form of a story mode but that is just an assumption from our side.

The game’s trailer was also subsequently released on youtube, where at the end it states how over 10,000 cards can be unlocked within this game but fans noticed the small message at the bottom of the screen reading “Some cards may require event participation or in-game purchases” and their joy soon turned to sourness as they believe the game may become P2W, however, we can hope that’s not the case and Konami, the developers listen to their fan base. 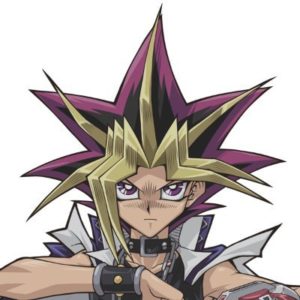 What platforms will the game be available on?

Coming to the main topic of this article, what platforms will we be able to play Yu-Gi Oh on? In the trailer there were various platforms mentioned, these included PlayStation 4 and 5, Xbox One, Series X, Steam, Nintendo Switch, App Store, and Android play store.

Hence, the game has support on all major platforms, hopefully, we can even see a cross-play aspect to the game? that would be quite interesting to have with the support of all platforms.

The game has just been announced on August 26, 2021, and it is no surprise that with the announcement there was no release date mentioned, we can’t say for sure as we don’t know where the game is in its development, but at most we can hope to see this game sometime in 2022.

We will update this article when an official release date is announced.