llamas are some of the adorable mobs in Minecraft that have decent carrying capacity as well as cute features and are breedable. The game has plenty of mob animals like pigs, horses, and foxes that serves many purposes for players to expand and yield resources that are useful for crafting new items and equipment for expeditions and such. Another thing that makes llamas enticing to have is that they can be tamed and used for transporting huge shipments of items, depending on the variant that the player has tamed. Now the main question that new players have is what do they need to feed llamas in the game and we’re here to help you with that. Continue reading the article to know more. 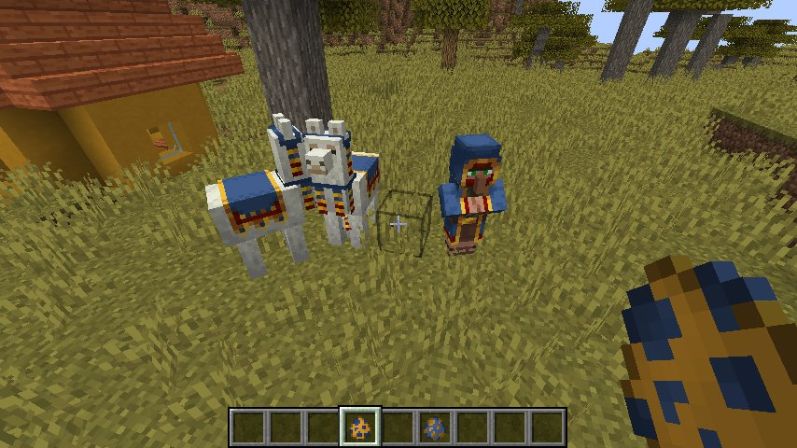 About llamas in Minecraft.

llamas mostly remain neutral in the game and aren’t hostile only if the players don’t do something stupid to provoke them. They mostly spawn only above grass blocks in the savanna plateau. Each of the biomes has a different number of herds of llamas like in the savanna biome, only a herd of 4 llamas are found and in windswept hills, it varies from 4 to 6 in maximum. There are multiple versions of this mob in the game and its spawn condition varies depending on the version of Minecraft. It comes with 4 different color schemes such as brown, cream, white, gray, and a special variant called Trader llama that can be found with wandering traders with two leashed trader llamas. Adult llamas drop leather, chest, and other items in the game.

Are llamas useful in the game?

To a certain extent, yes llamas are particularly useful for carrying plenty of items by equipping them with a chest after taming them. Once you successfully tame them, you can upgrade them to a maximum of 15 slots of inventory space. The only drawback of using a llama is that in order to retrieve the chest, you have to kill the llama.

What do llamas eat?

You can feed llama different types of food that can speed up its growth. Well, the food not only does alter its behavior, but also increases the speed of growth of baby llamas and can mature in 20 minutes. That being said, there are two types of food that are recommended by many that increase their health and temper are Wheat and Hay Bale. Feeding wheat grants llamas two health points and +3 temper, while Hay Bale grants it 10 health points and +6 temper.

We hope that you enjoyed reading this article, stay tuned for more updates about Minecraft and other news at Digistatement.