The Iron Oath is one of the most recent RPG games that have been released this year. The game is released on 19 April 2022 and gives you the typical 2-D RPG experience. The game is undoubtedly for the audience that wants a classic vintage RPG game like Fate to kill their boredom. The sales of this game are not yet officially known, but what we know is something about the game itself. According to the developers, the Early Access version of The Iron Oath contains approximately 15+ hours of unique gameplay content. Since most quests are generated dynamically based on the state of the game’s world, we expect many players will go beyond that number in a typical playthrough.

According to the official source, the game offers four traversable regions, six playable classes, seven combat environments, 36 unique abilities, 80 items, and 50 enemies. At this moment, the game has 39 reviews on steam as of now, of which most are positive. With over 200 ability upgrades to unlock and 60+ traits, the game encourages players to design their own characters. Coming to the storyline of this game, the player commands as a leader of a group of mercenaries. The decisions that the player takes over the course of various operations determine the quests that he/she will face eventually. You’ve got to lead your band as they age, retire, and die. As a result, you’ve got the opportunity to let your name known for ages through valor and bravery in the land of Caelum. 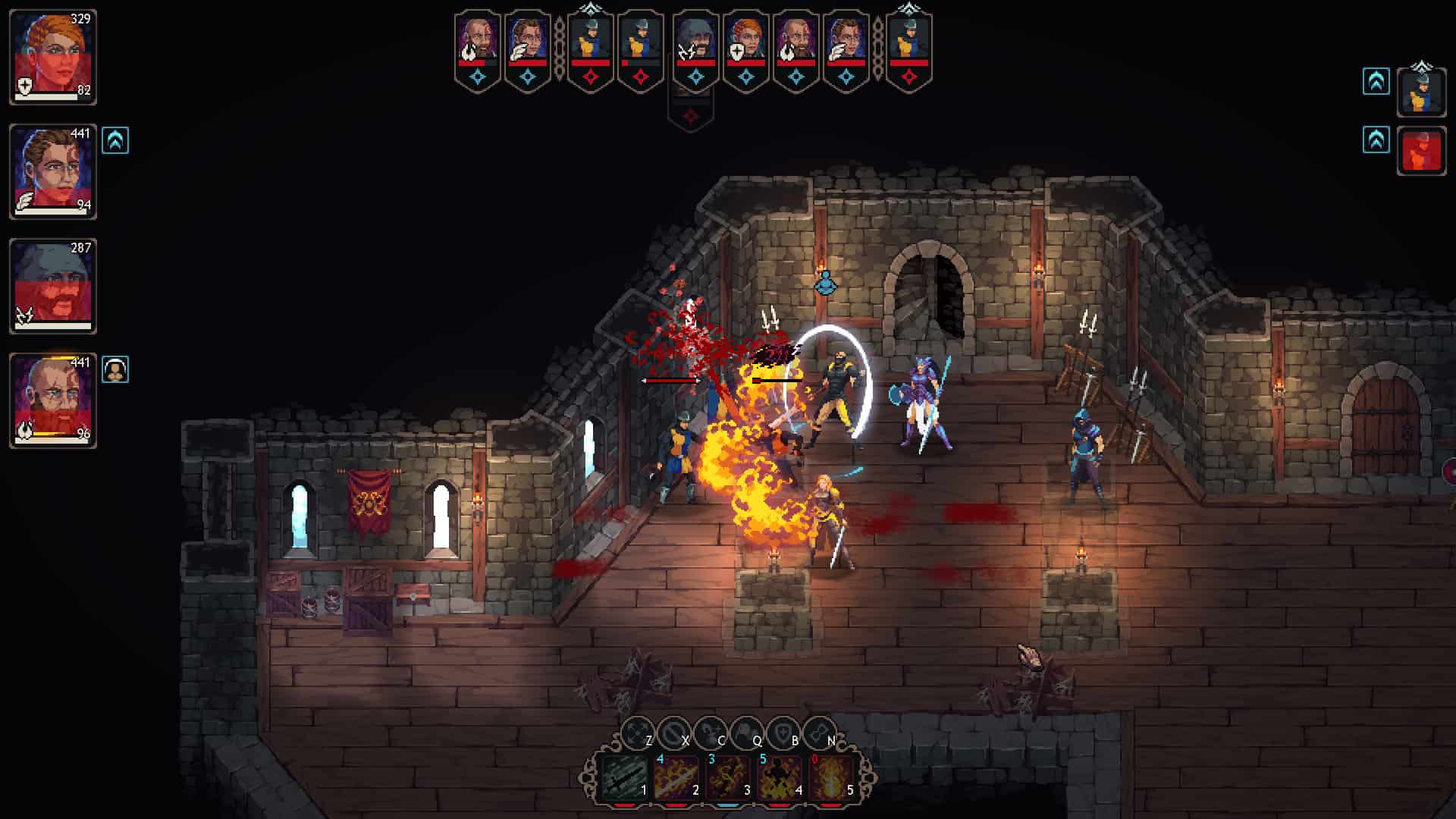 The Iron Oath Roadmap for 2022

The developers have shared a detailed roadmap regarding the updates and other customizable options for The Iron Oath. The first update will go by the name of Fire and Ice. It will arrive in the spring of 2022 and focus on various events and classes. These include the introduction of a new class, Icebinder. The update will also feature improved dragon and scourge events and improved city visuals.

The next update in line will arrive in the summer of 2022, going by the name of A Matter Of Time. The game will feature various new customization options such as new ability upgrades, new time modifiers, and new camping incense. The developers will also add codex, bestiary, quests, and events. The players will have a faceoff with various new enemies and environments as well.

The third update for the game will arrive in the fall of 2022, and it will go by the name of Rumors and Riches. The update will feature several elements, such as The Council. It will have several new missions. New legendary and unique gears will be introduced as the update rolls out. New enemies, quests, and environment will be a part of this update.

Overall, the final Road to Update 1.0 can be defined as introducing more points of interest to visit. Sea travel will be a new feature, with three new classes and new quest types. Improved character backstories will be added as well to enhance the replayability value of the game. In conclusion, General improvements and bug fixes will be a regular part of this update.

Wanna know what more is constant? The updates that we provide on DigiStatement regarding the gaming and tech world! Keep visiting for the latest news about your favorite titles!