One of the classic arcade fighting games we all loved to play in our childhood days in PS2 and PC is none other than Tekken. Pulling off amazing combos with our favorite characters such as Law, Nina, Kazuya, and Jin and the level of skill the game tests on players is what most of us loved in the classic beat-em-up game. The series had spawned numerous entries of the franchise, each improving more upon gameplay, graphics, storyline, and deep lore of iconic characters. Tekken 7 was released in 2015 on all platforms and became a massive hit, and is regarded as a faithful adaptation to the franchise.

Fans are wondering if there will be a new Tekken game after all those years and we’ll share some details about what the next Tekken game might feature. Read on more to know when Tekken 8 is releasing and for which platforms. 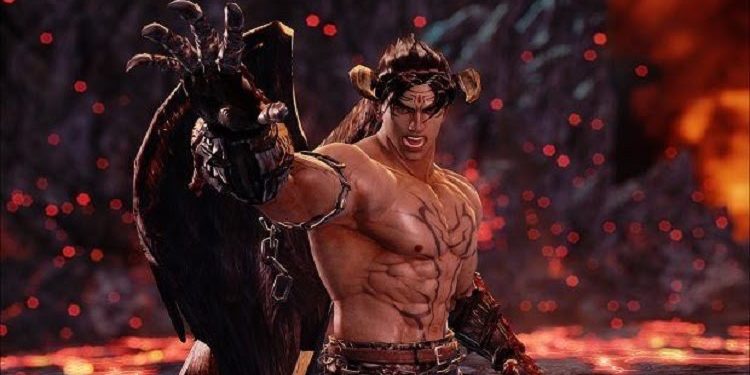 Will Tekken 8 come out?

As the previous game left many plot holes and theories, we are certain that Bandai Namco will make Tekken 8 in the future. As Tekken has amassed a huge fanbase, it would be a wise choice for Tekken 8 to be released on all major platforms.

In the ending, we saw Kazuya and Akuma fight each other and the game abruptly ends there. Based on that fact, we’re speculating that Akuma will play a significant role in the next game as the story will build upon that. We also think that there will be a final showdown between Jin and his father Kazuya as we saw that in the post-credit scene of Tekken 7 where Jin has recovered after his fight with Azazel in Tekken 6.

In his quest to defeat Kazuya, Lars and Alisa will join Jin and Kazuya will attempt to make himself more powerful by taking over Mishima Zaibatsu as his half-devil form was exposed to the whole world by Heihachi. As the whole world wants Kazuya to be eliminated, he wants to gain more power to face them. Kazuya announces a fighting tournament in which Jin’s ally gets to know of, and the opportunity to reach Kazuya and kill him.

Before Jin, Lars, Alisa and Ling can participate in the King of iron fist tournament, Jin is contacted by Claudio Serafino. As Claudio now knows that Jin and Kazuya are devils, and Shao Yu who was looking for Jin in Mishima Zaibatsu gets defeated by Claudio. After calling Jin to an unknown location, Jin and Claudio confront each other in a fierce fight. Claudio is defeated and Jin tells him that he also wants to kill Kazuya, hearing this, Claudio also joins Jin’s party. Shao Yu is reunited with Jin and they both regroup to their party.

Another possibility we can see in the next game is that Jin and Kazuya both will be discovering the origin of their devil’s heritage. We’ll also get to see why Kazumi married Heihachi and why she tried to assassinate him. Hachijo clan foresaw a prediction where Heihachi will bring ruin to the world and we’ll also get a glimpse of what exactly was that prediction in the next game. 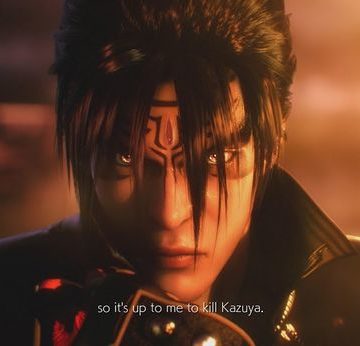 We have a brief idea of how the endings of Tekken 8 will play out and have different outcomes. The first ending would be the final fight between Jin and Kazuya, where both will fight in their human forms and devil forms and a powerful member from the Hachijo clan will show up to destroy both of them. Jin and Kazuya both will team up to fight them and Kazuya might die or the Hachijo member flees after beating Kazuya.

The second ending would be if Heihachi survives the encounter from his last fight with Kazuya and show up in the battle between both of his family members and interfere in the fight. As there is a slim chance of this ending happening in Tekken 8 when both will learn that Heihachi also has devil powers like them and a fight will begin with three of them in their devil forms. Kazuya might die after the fight and Heihachi absorbs his power and head back to his company Mishima Zaibatsu and we might get to see Jin vs Heihachi in Tekken 9 if the second ending happens.

The final ending of Tekken 8 might involve the return of Jun Kazama, Jin’s mother, and Kazuya’s wife. We all know that Jun is missing and not dead, so when Jin and Kazuya will fight a death battle, Jun might interfere in the fight and stop them from killing each other. Kazuya might give up on his fight for her wife or for other reasons. Jun also might try to heal the devil’s side and turn Jin and Kazuya into normal as we’ve seen in Tekken Tag Tournament 1. Another possibility is that a powerful member of the Hachijo clan shows up and tries to kill both Kazuya and Jin and both team up to fight that member. And in an effort to save Jin, Kazuya might sacrifice himself, causing Jin to trigger his devil form and kill the individual once and for all. After that, we’ll be shown Kazuya’s grave and Jin married and living his normal life. In the post-credits scene, we might see Heihachi surviving the lava and obtaining devil powers himself.

Unfortunately, no announcement has been made for Tekken 8, and is unclear when the game will be launched. We believe that it might be announced in late 2022 or 2023. We’ll keep you updated on the release date of Tekken 8.