Surgeon Simulator 2 has been having a bad launch week, with various bugs pressing the players and making the game unplayable, if you’ve been facing a black screen after completing a game then read our article covering this issue here, if you think that’s been the only bad bug that the game must be facing then another bug which has surfaced is the “requires active internet connection” error, we will address whether there is a fix issued for it yet or not further into the article.

Surgeon Simulator physics-based game where you play the role of a surgeon, the game has similar mechanics to the original game however it comes with an added plot and some features, alongside the new content to keep the game engaging, it also features a level building tool called Bossa Lab’s Creation Tool which allows players to create levels alone or with friends, these levels can be added to the ever-growing collection of community-made levels for the game which are available for all to play whenever they wish to.

If you’re facing this issue and are wondering how or why since you may have a great connection, this seems to be an error being faced by many and has been addressed by the developer team in a statement issued on the community hub for the game on steam that they are working on a fix for the issue and apologize for the inconvenience players are facing.

Besides that, a user on the same discussion tab questioned why there are so many bugs even though they had over a year to polish the game, to which the developer responded, we would suggest reading it for yourself as it is quite a long response, the link to it is here and we have provided a screenshot below. 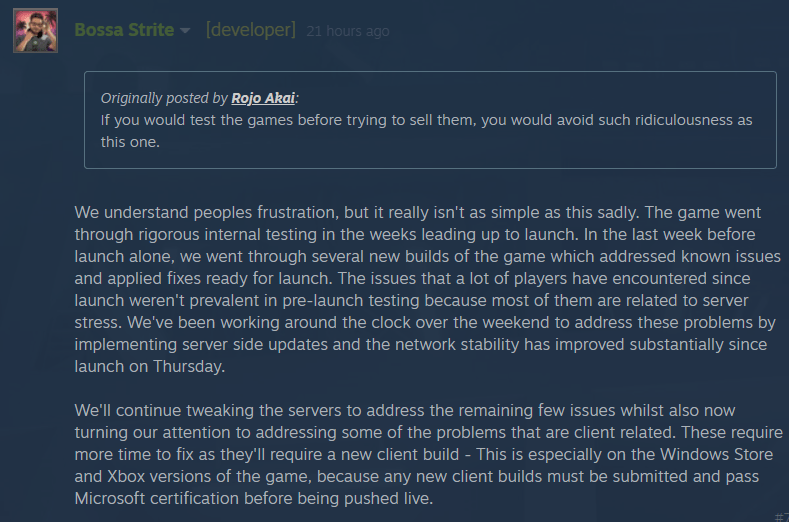