Saints Row is an upcoming open-world action-adventure game and also a reboot of the Saints Row franchise. The game comes from the developer studio, Volition, and publisher Deep Silver. Likewise, the game no longer has any attachments to the publisher of most of its previous entries, THQ. It is launching on various platforms on 25 February 2022. 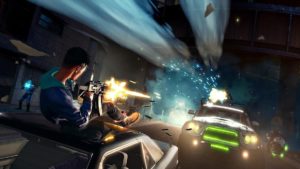 The Saints Row franchise is infamous for its similarities to the Grand Theft Auto series. However, the series sets itself apart from Grand The Auto by cranking up the level of arcade & bombastic gameplay. The open-world sandbox is full of crazy characters and most of the previous entries follow insane storylines. Saints Row reboot is an overhaul, revamp of sorts of the franchise. However, many successful elements from the previous entries look to be available in the upcoming game as well.

The open-world, freedom, exploration, over-the-top gameplay, etc seem to be the main draw of Saints Row and its districts of Santo Ileso like the previous entries. The upcoming game lets players explore a brand new city in the form of Santo Ileso through a massive-scale action blockbuster original story. Likewise, the city is the biggest map in the series’ history. Players can take over the city and also wage war against enemy factions and street gangs. Additionally, the game also features a seamless co-op multiplayer experience.

Coming to the main topic of this article, many fans are wondering if the game is releasing on the Nintendo Switch as well.

Is the Saints Row Reboot Coming to Nintendo Switch? 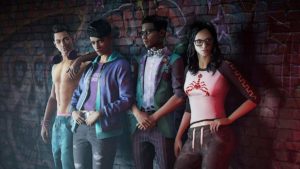 Keep up-to-date with Digistatement.com to know about all the details when an official announcement for the game on Nintendo Switch is available.