Saints Row the bizarre action-adventure game that has been developed by Volition, the latest release from the Saints Row series was the Remastered version for Saints Row 3, Saints Row was immediately called a Grand Theft Auto clone due to the similar game-play, an open-world game where theft and killing are normalized, however, to battle this critique, their gameplay was made very exaggerative, with complete over the top missions to create a distinct or unique gameplay experience of the game. The Remastered version of Saints Row 3 is was released on May 22, 2021, and the original Saints Row 3 was released on November 2011, and many fans of the series have wondered whether the game will support multiplayer as that helped the enjoyability of the game during the previous versions as well.

Saints Row 3, kicks off with the same unnamed character in the first and second Saints Row game, who becomes the leader of the fictional 3rd Street Saint gang, the game takes place five years after Saints Row 2, where the Saints have now become a media and consumer empire, they find themselves stuck in a city of Steelport, a fictional city which is controlled by an international crime organization, Syndicate.

Volition the developers of the series have mentioned various exciting features regarding the game and two of which are of quite a relevance to us as well. 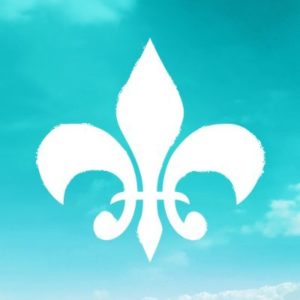 Does Saints Row 3 have a multiplayer mode?

The game has been said to only take off primarily due to its multiplayer mode, with all the activities possible in the game, it gets even more fun with a friend and hence a lot of players were wondering whether the Remastered version has a multiplayer mode?

Volition had revealed that the game will feature co-op multiplayer earlier before its release and now we can say for sure that the game consists of an online co-op but not a split-screen co-op, allowing you to play with another friend and top it up, the game also features cross-generation co-op for Consoles as in PS4 players can play with PS5 similarly with Xbox generations, Xbox one players can play with Xbox series X players, as for PC players, they will be able to play Online co-op with players on PC as one feature which is still missing in Saints Row 3 Remastered is a cross-platform feature which would allow PC players to play with Consoles vice-versa, that would be a great addition however at the time this has not been confirmed by the developers but maybe we can hope to see it in the next Saints Row title that has been revealed recently during Gamescom and is set for a release date sometime in 2022.

Steam Family Sharing not working in 2021 : How to fix it