Realme is one of those brands with several unique facts and features. This popular brand was first introduced as Oppo Real. But cut to present, Realme is the name that most people think about when one wants to purchase a smartphone. Realme just had one smartphone series released in numerical order until the recent launch of Realme Narzo. Also, not to forget the flagship series from Realme which is the X-series.

Realme 2 Pro is a low budget smartphone that released in October 2018. The device is one of the first smartphones from the brand that caught the audience’s interests. The base variant of Realme 2 Pro currently costs 150 EUR. Above all, this device is available in Black, Deep Blue, and Light Blue colors.

First of all, though it’s been two years since the launch of this device, a lot of the features still turn out to be perfect and apt for the current interests. Realme 2 Pro is available in three variants- 64GB 4GB RAM, 64GB 6GB RAM, and 128GB 8GB RAM. Importantly, most devices with a 128GB RAM variant still cost a lot but here we are with Realme’s magic price! Secondly, Realme 2 Pro comes with Android 8.1 out-of-the-box. Also, the device is now upgradable to Android 9 OS which is great! 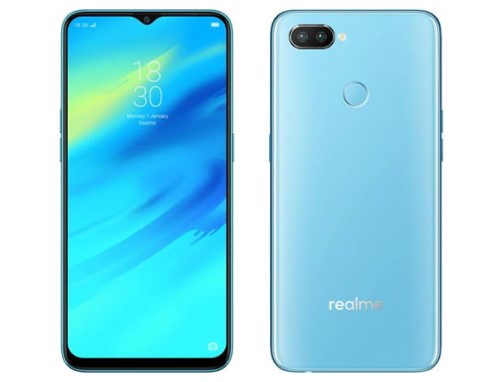 Realme 2 Pro equips a dual-camera setup at the rear end where 16MP is the primary sensor and 2Mp as the depth sensor. The front camera is a 16MP selfie shooter which is perfect for the cost ratio. Realme 2 Pro is run by a minimal 3500mAh battery. Finally, this device is powered by a Snapdragon 660 chipset. 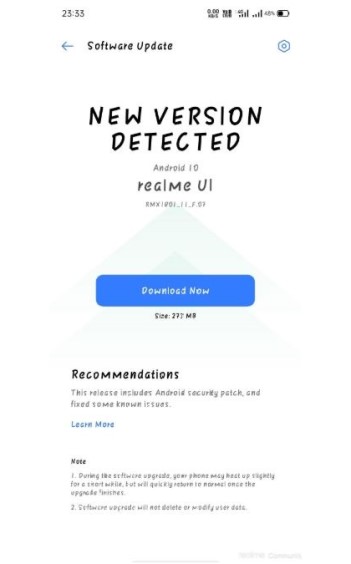 The beta testers started receiving June 2020 security patch update earlier this day. According to the roadmap, Realme 2 Pro is expected to receive a Realme UI update on top of Android 10 OS this month (refer image). Hence, you can consider this security patch update as a room maker for the upcoming update for stable OS- Android 10. 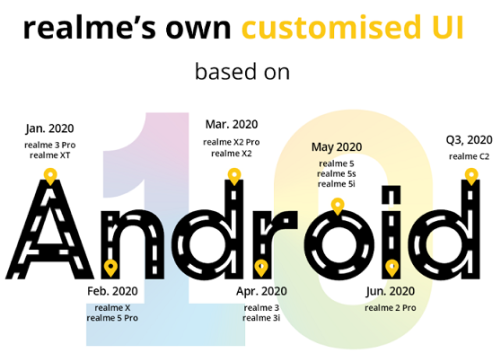 The update brings various changes and optimizations which include swipe-up gesture bars and fixes camera bugs. Alongside optimizations for screen recording icon size, users can now move the icon based on one’s comfort. The update version number is F.07 and the update package size is 273MB. 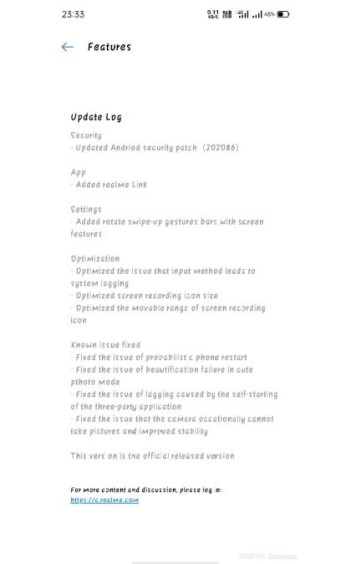 Rest assured, we will update this article if we receive further information about Realme 2 Pro’s Android 10 update status, so stay tuned! Also, share this article with all those who are waiting for the update!