After a minor delay, Call of Duty Mobile Season 7 : Radioactive Agent is live. It brings many different features to the game including new game modes, BR map changes, new weapons etc. Many new additions might come later down the road for the current season. With Season 7 only aging for about a week, speculations and leaks for Season 8 have already surfaced online.

Through some extensive research we have managed to gather all the leaks for the Season 8 of Call of Duty Mobile. All of the following mentioned leaks come from a frequent COD Mobile leaker named Gamer’Spot. According to him, the new season will feature new maps, operator skills, perks etc. Let’s go into the details. 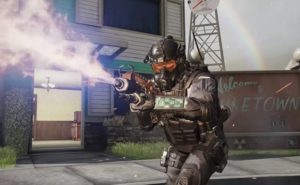 With Call of Duty Mobile Season 8, we might get to see three new perks coming to the multiplayer mode of the game. According to the leaks, these perks are :

This perk will allow players to equip two primary weapons in one loadout. This might prove highly useful for people who like to play as a sniper. The second primary weapon combined with your sniper will cover all the ranges on a map.

The only downside to this perk is that players will receive overall less ammo upon spawn.

Players with this perk equipped will spawn with an extra lethal equipment. But there is more to it as in case the enemy survives the explosion, the damage will shun their health regeneration. With delayed regeneration, your enemies will be vulnerable with low health so you can rush them and get some kills.

Killing enemies with guns, melee or combat axe will immediately start your health regeneration. In case you trade some heavy damage for a kill, with this perk equipped there won’t be much need for you to hide behind cover. This perk will also activate after capturing objectives.

According to Gamer’Spot, we might get to see these three perks added to the game in the next season.

“Swiftly kill enemies at close range while also detecting hostiles within the shroud of any smoke grenade.”

From the leaked gameplay footage of Takeo’s Katana, it was seen that activating this skill pushes the player into third person mode with a swift blade in hand. The sword was fast but required up close and personal approach.

Through some leaks it was claimed that new maps might get released along with Season 8. These new maps are :

High Rise is a fan favourite map from the olden days of Call of Duty : Online and Call of Duty : Modern Warfare 2. It it a medium sized multiplayer kill ground set atop an under construction skyscraper. 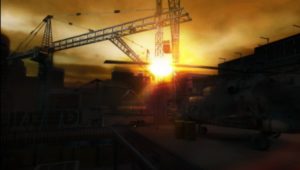 Rumours of Gulag making it to the game with the next season have also seen some air. This map was first introduced in the latest Call of Duty Modern Warfare/Warzone and it has quickly become a fan favourite. It would be a nice addition to COD Mobile as well. 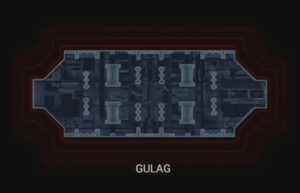 Some other features which might make it to Season 8 of COD Mobile are :

OTM is a new weapon attachment rumoured to be included in the game from the next season. When equipped, OTM will increase the base damage of your gun.

It is unlike the FMJ attachment, as the latter increase bullet penetration causing increased damaged to enemies. Equipping both OTM and FMJ on a weapon with already high base damage is sure to turn it into a beast.

After the map changes active from the currently ongoing season 7, the Battle Royale mode is sure to receive new features down the line. However, Season 8 is set to bring some additions of its own.

According to the leaks from Gamer’Spot, the next upcoming season will bring the new Smoke Bomb class to  the Battle Royale mode. Though it should be taken as a pinch of salt as nothing about it has been confirmed yet.

Gamer’Spot has mentioned that the Season 8’s theme might be based around aircrafts. The leaker showcased two weapons with skins which has the word “aircraft” in it. This leak was made two seasons ago and so far no development had been made down this line. Maybe the next season will implement this theme.

As far as the release date goes, the developers have stated that the next season is already under development. It should be expected to go live somewhere in August 2020. Let’s hope there is no delay this time. 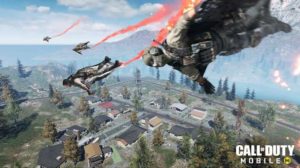 That covers all the leaks related to Season 8 of Call of Duty Mobile. These new features look very promising when it comes to enhancing the gameplay. However no official source has acknowledged them yet so it is safe to say that nothing is fixed. Click here to see the leaked gameplay and other details.