Niantic has become a renowned name in the field of Augmented Reality (AR) powered games. Games such as Ingress Prime, Harry Potter : Wizards Unite and Pokémon Go utilize this feature as a core gameplay element. Thus, it would make sense for them to better their technology as time goes by. Recently, Niantic announced a new feature for Pokémon Go, called “Reality Blending”. It seeks to provide a more life like gaming experience.

What Is Reality Blending?

Reality Blending is based on an AR technique called “Occlusion”. With this, an AR application can utilize your hardware and software capabilities to map the environment. Thus, enabling it to understand the shape, size and depth of real world objects. 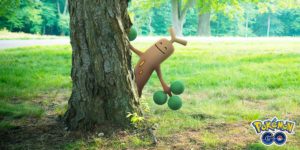 It allows your Pokémons in AR mode to fit more seamlessly into your surroundings and move behind objects such as walls, furniture etc. Thus provides a better sense of realism and tangibility in gameplay. 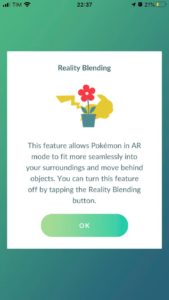 To put in the words of Niantic’s product manager Kjell Bronder, “Pokémon will be able to hide behind a real object, just like a pokémon would appear in the physical world.”

Kjell continues on this, “Pokémon Go has grown throughout the years, trainers have been able to photograph, walk, and play with their pokémon buddy. This new feature brings them even closer to reality.” 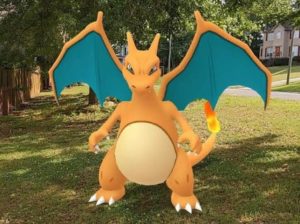 For a game in which a significant part of a player’s time is spent in AR, this feature seems very revolutionary. Not only does it attempt to provide the realism and immersion, but also seeks to motivate a sense of gratification for their Pokémons in players.

Reality Blending is still in its early stages of public testing. Ergo, Niantic has launched this feature on Apple’s iPhone 8. It will come to more devices such as Samsung’s Galaxy S series etc. The announcement can be spotted on TheSilphRoad sub-reddit.

People who have already tried this new additions are a little underwhelmed by its current stage. According to some player reports, the edge between the Pokémon and the object it’s trying to blend with gets pixilated. It also leaves a significant gap between the two, because sometimes the edge glitches out and the pixels begin to flash. This remained constant with numerous objects and different Pokémons. 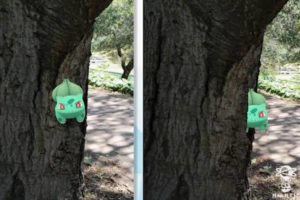 As mentioned earlier, it’s still in an early stage of public testing thus issues like this are bound to be encountered. The developers are working on smoothening out the edges to give a perfect product to players when it’s launched on wider platforms. A follow up AR feature is also under development, called “Pokestop Scan”. Together, these advancements will make Pokémon Go a better version of itself.