It’s been over a week since the Minecraft 1.16 Nether Update got released. The update completely overhauled the underworld dimension and substantially changed the way the game will be played from now on. Although the update has already seen a full launch on 23rd June, there are still a few pieces left to complete the full picture. Mojang is still releasing some leftover tiny features in the form of snapshots for the upcoming 1.16.2 update. Which brings us to this week’s addition, snapshot 20w27a.

The highlight of this week’s snapshot is a new mob that will found in the Nether. A couple of changes and bug fixes are also included in 20w27a. Let’s go into the details.

For long, the empty barren wastelands of the Nether were ruled by Zombie Pigmen. This was changed in the 1.16 Nether Update. The complete rework of the underworld dimension added new areas and new forms of life. A new type of mob called the Piglin was introduced having far superior intellect than the Zombie Pigmen. 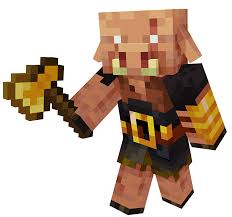 Snapshot 20w27a changes that by adding Piglin Brutes. As seen in the Bedrock Beta footage, this new mob appears to be slightly more skilled and intelligent than the common Piglin.

Piglin Brutes wield an axe and are immediately hostile towards the player. Unlike their Piglin counterparts, they cannot be distracted with gold. Their eyes are fixed on the target and that target is you. They have a massive health pool and would take six strikes from an unenchanted netherite sword before going down! In comparison, a regular Piglin would take only 2 strikes from the same to die. 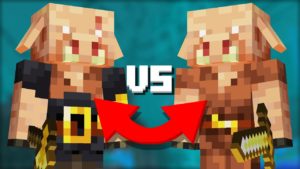 Their axe is able to 2 shot kill unarmoured players. Speaking of armour, no amount of gold you put on will stop them from hunting you. These Piglin Brutes will only be found in the Piglin Bastions, protecting their treasure. 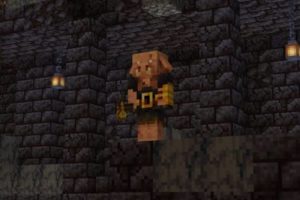 This will make raiding the bastion significantly more challenging as they will hunt you down. Moreover, attacking them in the line of sight of other Piglins is simply inviting the whole Bastions to whoop you. As if the Nether wasn’t already deadly enough.

A couple of changes also follow this massive addition. These changes are strictly restricted to the Nether and are as follows : 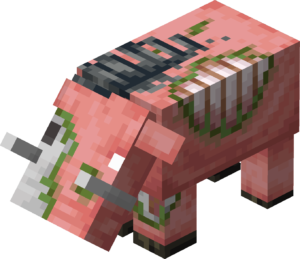 A technical change is also implemented which brings a small improvement to data and resources pack selection screens. 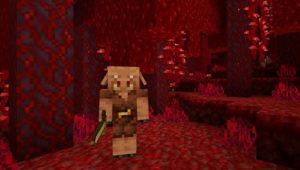 Thus, that pretty much sums up the main highlights of this week’s snapshot. Click here to know more about 20w27a. Note that this will be the only snapshot that adds a new feature to the Nether update before 1.16.2 lands. The following ones will work entirely upon fixing bugs.