The second annual Pokémon Go bug event is at our doorsteps and Niantic has released some information related to it. The current raid bosses list is out now and following we have gathered all the news related to it.

The event is called Bug Out and it takes places as a series of research based tasks. These are time limited challenges based around the theme of bug type Pokémons. These tasks can be found by spinning PokéStops, alongside the current roster of monthly research tasks.

The Bug Out event began yesterday on June 26, 2020 at 8am local time. It will stretch toll Wednesday July 1, till 10pm local time. During this event couple of unique bug type Pokémons will see increased spawns over the week. These Pokémons include : 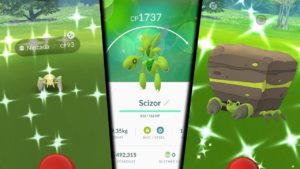 Apart from these bug Pokémons, the week will be full of Bug Out event bonuses and 5km bug eggs.

Niantic has also officially announced some raid bosses which are as follows : 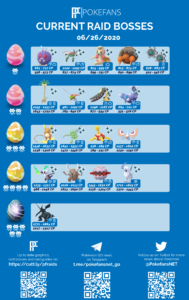 This list includes Pokémon bosses such as Venonat, Timburr, Klink, Dweeble and Anorith.

This list includes Pokémon bosses such as Yanma, Skorupi, Mawile and Alolan Exeggutor.

Moving up the list we have Pokémon bosses such as Scyther, Shuckle, Masquerain and Alolan Raichu.

For 4 Star Raid Bosses, the Bug Out event has Pinsir, Forretress, Alolan Marowak and Absol to offer.

Zekrom will be the only 5 star raid boss in the event.

After the latest app update, players have also got the feature where they can remotely send raid invites to their friends. Now is the best time to partner up with your friends to take on these bosses as a team and catch them all.

“That Time I Got Reincarnated as a Slime” Chapter 72 Raw Scans, Release Date, Spoilers