Overwatch 2 has brought back many beloved characters. And that includes the fast-moving and time-traveling character, Tracer. She plays a crucial role in the mission to save the world. She swiftly moves through enemy lines and uses her time-manipulating abilities to change the outcome of battles. Tracer is always prepared for action. As fans eagerly delve into the lore of the game, one question that has come up is how old is Tracer in Overwatch 2. So, we are here to share all the details on the same.

Tracer is one of the most popular heroes in Overwatch 2, known for her speed and agility on the battlefield. In the game, her time-manipulating abilities are put to the test as she fights to protect the world from threats old and new. If you are looking for a nimble character that you can use to decimate your opponents, Tracer is the perfect fit. That said, let us find out how old she is. 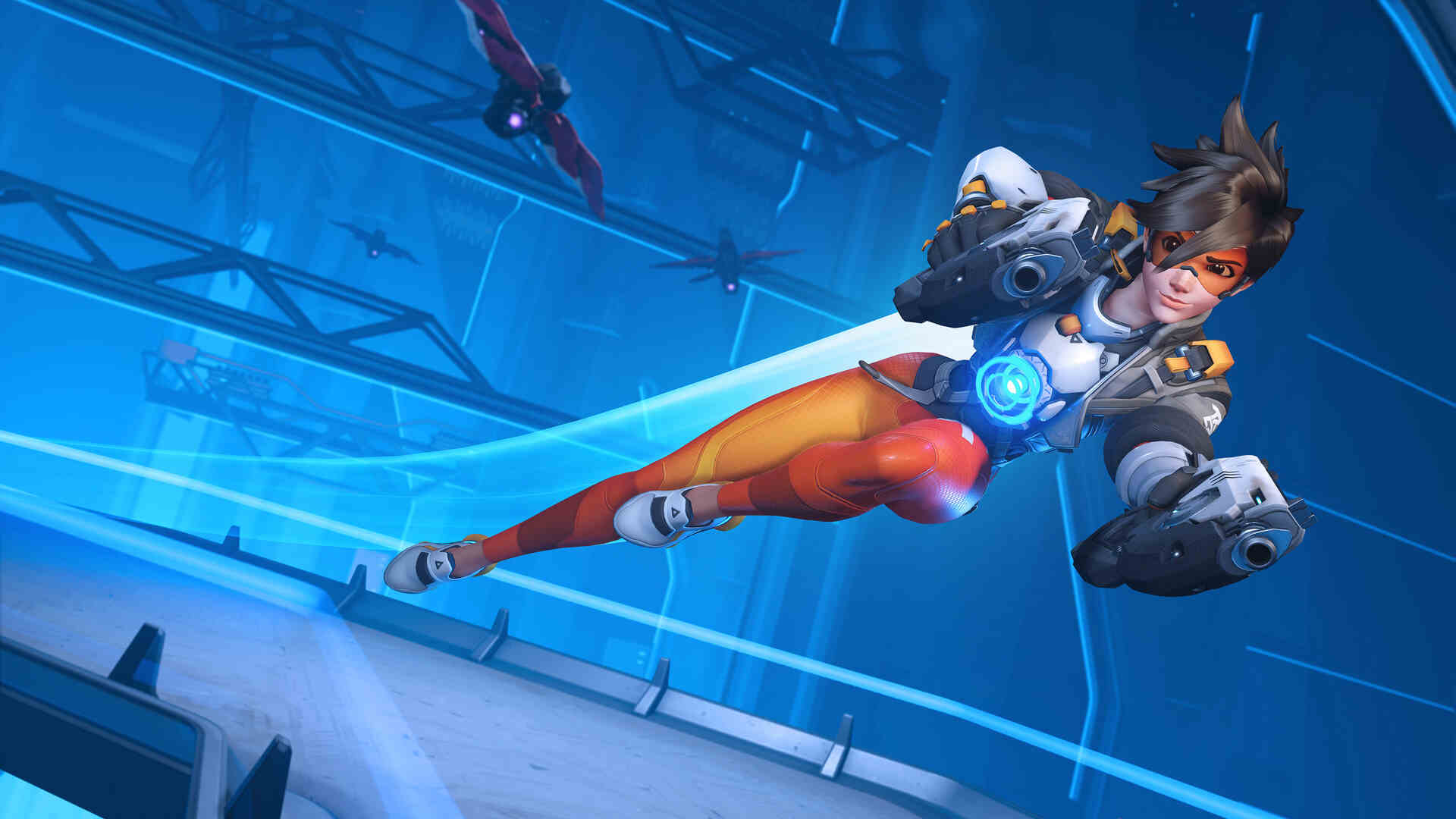 Overwatch 2 Tracer: How old is she

Tracer, whose real name is Lena Oxton is 26 years old as per official data. She is from London, England, and was a former pilot for the Overwatch organization. Tracer gained her time-manipulating abilities via the Chronal Accelerator designed by Winston after an accident that left her with “chronal disassociation”. Now, she can move at superhuman speed and even rewind time to alter the course of events.

Her time-jumping abilities make her a strong hero on the battlefield. Her “Blink” ability allows you to teleport short distances. This makes you highly mobile and hard to hit. Her second ability is “Recall” and this allows her to travel back in time, restoring HP that she had during that period. This ability is great for dodging enemy attacks or making a quick escape. Tracer has the ability to attach a bomb to an enemy using her “Pulse Bomb” ability. When it explodes, it causes a lot of damage to anyone nearby. She is one of the go-to options for most players, with the mechanics being simple and easy for new players to learn.

She is a great hero for players who enjoy fast-paced, hit-and-run style gameplay. Her abilities allow her to be constantly on the move, making her a difficult target for enemies to hit. Tracer’s time-manipulating abilities give her a huge advantage in combat. She can use them to change the course of battles and come out on top. That said, we hope this article has provided you with all the information you needed about Tracer and how old she is. For more guides like this, do visit Digistatement.

Pokemon Scarlet & Violet (SV): How to Find, Get & Catch Lokix