Looks like Samsung has got an edge over every other flagship brand right now, looking at the pace of the integral developments the company is working on. The latest Samsung event just gave the sharpest point as an assurance for users as to where they’re investing their money is worth, by confirming 3 major OS updates for flagship devices. So what’s the next best skin on works? That’s One UI 2.5!

Samsung has been working on One UI 2.5 for a long time, and we posted about how users are in a dilemma whether to be happy about it or sad about not getting to see and even better version- One UI 3. But One UI 2.5 has officially started rolling out for Samsung Galaxy S20 series and nothing’s more exciting to users now!

One of the S20 users tweeted two screenshots, the first revealing the device’s One UI version to be One UI 2.5. You can check out the image below which reads that this update is based on the latest Android OS 10. 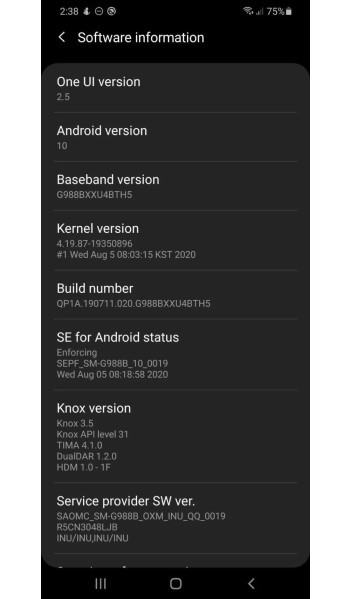 The user also shared a combination of three screenshots that showed the new features that have been added along with the One UI 2.5 OS. As you can see below, alterations have been made in the camera and video function of the Galaxy S20 including the addition of Samsung DeX TV to PC compatibility. 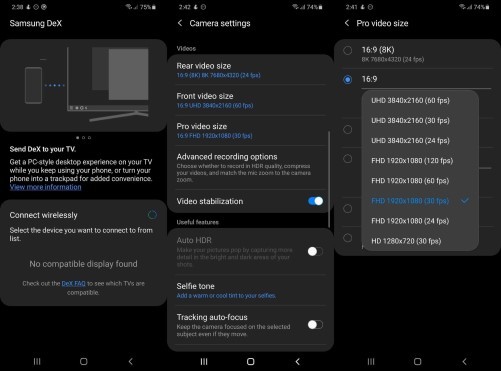 A Redditor also posted about the first impression of the Samsung Galaxy S20 Ultra which confirms how cautiously the brand has worked on the camera/ video functions. 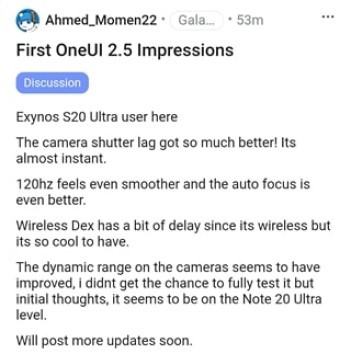