NVIDIA's RTX 30 Ampere based GPU lineup will be released in September and the final piece in the jigsaw has been placed.

The launch of NVIDIA’s GeForce RTX 30 series is just around the corner. It has been a long wait with NVIDIA teasing us on every possible occasion. Now, this is not us informing you on another teaser, but this is concrete information on certification. We felt was correct to inform you on the latest happenings regarding the Ampere based GPUs. The Korean National Radio Research Agency (RAA) has released the certification for a certain PG 133 board, precisely the model PG133A. It doesn’t take a genius to guess that NVIDIA’s last stage of processing before the launch in almost complete with it.

There were various leaks floating around the web informing on NVIDIA’s PG 133 board certification. The RTX 30 is NVIDIA’s Ampere based GPU series. It has attracted serious interest from gaming professionals around the world. The RTX series is predicted to be a family of four GPUs initially. Spearheading the RTX 30 series will be a threat AMD might have no answer to. The rumoured RTX 3080 Ti or the RTX 3090 will house a massive 24 GB VRAM. The game of names has been cleverly played by NVIDIA and no one wants to make a fool of themselves. But we can safely predict that even with one foot in the flagship territory, NVIDIA is looking to raid your pocket. 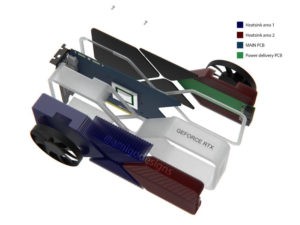 Many sources have theories hinting that NVIDIA may now let PG132 boards be utilized by other players in the graphics card business. The PG 133 will them be used as NVIDIA’s hallmark board for its own series of production. The design is in strike contrast to the outgoing PG 132 model as per various leaks. All this speculation will finally be put to bed when NVIDIA draws off the curtain from its new family of Ampere based GPUs. Until then, keep an eye on our feed and keep consuming tech updates from Digistatement.