Chinese smartphone manufacturer Oneplus has always played it amazingly with its stunning devices. Every new Oneplus device which hits the market steals the show with ease. Oneplus devices provide a tough competition to even flagships from brands like Apple and Samsung. Last year’s flagships, the Oneplus 7 Series features some stunning devices which climbed to the list of 2019’s best smartphone. After gaining such a massive success, Oneplus now seeks to play it bigger and the brand is now all set to launch the much-awaited 8th iteration to its flagship lineup: The Oneplus 8 Series.

14/04/2020 – The answer you all have been waiting for! Are you ready to #LeadwithSpeed with the new OnePlus 8 series? Get notified – http://onepl.us/notifyme. #OnePlus8Series

OnePlus also shared a 9-sec teaser of the upcoming Oneplus 8, which barely reveals any details about the phone.

14/04/2020 – The answer you all have been waiting for! Are you ready to #LeadwithSpeed with the new OnePlus 8 series? Get notified – https://t.co/XhICjV2k9b. #OnePlus8Series pic.twitter.com/veENE0CbHY

The Oneplus 8 Pro is going to have a huge and beautiful 6.65 inches Fluid AMOLED Panel. The device will have a waterfall fully curved display with a whopping 120 Hz refresh rate. The device is going to house the extremely powerful Qualcomm SM8250 Snapdragon 865 SoC. The Oneplus 8 Pro offers up to a gigantic 12 GB RAM and is surely going to be a beast when it comes to performance. It also offers a storage capacity of up to 256 GB. The device will also come with 50W Fast Charging alongside a huge 4500 mAh battery.

The Oneplus 8 Pro has a triple-camera setup at the back with a 64 MP primary sensor and a 32 MP punch-hole selfie camera. The device showcases pure beauty. The device has very tiny bezels giving the device a great aspect ration in terms of display and looks really immersive. This device is a real piece of art when it comes to design aesthetics. 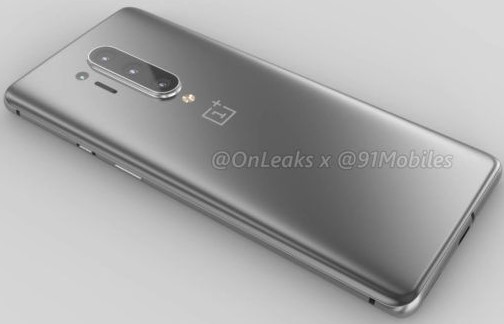 Well, it looks like Oneplus 8 Pro is going to set the entire industry going crazy after it with its huge list of amazing features, just like every other Oneplus device does. The Oneplus 8 Pro will come with Android 10 out of the box with the latest OxygenOS on top which is pure excitement for many of us.

Talking about the price, Oneplus fans have been keeping a keen eye for the expected price of the Oneplus 8 Pro. The device will be priced somewhere around the Oneplus 7T Pro. The Oneplus 8 Pro is expected to be priced around 57,290 Indian rupees for the 8 GB RAM/128 GB Storage variant that will be launched in the Indian market