The perfect device equips the perfect combination of CPU and GPU that directly impacts the performance of a smartphone. On the processor end, every device shouts out the octa-core processor, but the chipset options along are hundreds together. Talking about GPUs, Huawei devices specifically run on the HiSilicon chipset that has gathered a lot of positive responses from the audience. It seems like a new GPU is added to this list, and that is what this article is about.

Huawei has launched the all-new HiSilicon Kirin 820 chipset which will be targeting the mid-range smartphone devices. The most prominent feature about the chipset is that the Kirin 820 will provide 5G network compatibility for smartphones that will release at low and affordable prices. Read the full specs below and comment on your expectations and views!

The new Kirin 820 draws a couple of similarities with its predecessor. Just like Kirin 810, the new chipset is based on a 7nm architecture. Also, Kirin 820 equips the same four ARM Cortex A76 big cores and four ARM Cortex A55 little cores. Well, fortunately, these are the only two features as the old ones as the rest all are improved and developed specs that will sweep the market!

The Kirin 820 5G is loaded with A76 core clocked at 2.36GB, while the other three are clocked at 2.22GHz. If you ask what this does, it is very simple! This new approach boosts the performance of Kirin 820 by a whopping 27%. Isn’t that cool? And, the use of Mali-G57 6-core GPU in this chipset shows an improved performance by 38%. 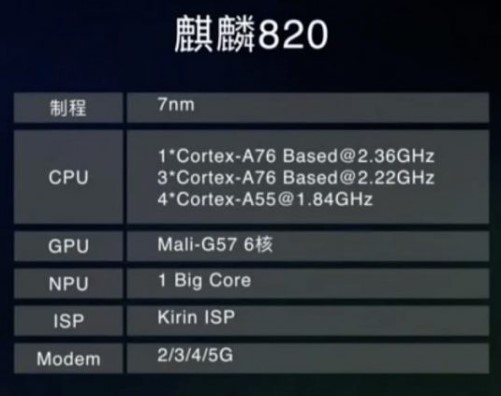 Kirin 820 5G packs an in-house NPU that boosts the AI performance by 73% in comparison with the older version. The latest GPU lends support to GPU Turbo and Gaming+ 2.0. Other supports include BM3D SLR image noise reduction, video dual-domain noise reduction, and support for 4K video capture at 60fps, which is due to the ISP 5.0 that we get to see in Kirin 990 chipset. 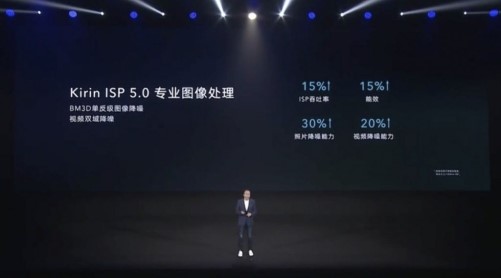 Last but not least, the most anticipated wait- support for the 5G network. Huawei has smartly used the same modem as the Kirin 990 that dual-mode SA/NSA 5G.

It is officially announced that the Honor 30s will be the first device to rock the HiSilicon Kirin 820 5G. As the device already built up a hype successfully with some of the leaks that hit the web previously, fans just can’t wait anymore for the launch of the device. Also, the Kirin 820 5G is directly being compared to Qualcomm Snapdragon 765G chipset, and the users are all set to load the internet with feedbacks.

Rest assured, we will update the article if we receive further information about the Kirin 820 5G, so stay tuned. Also, share this article with all those who were waiting for this chipset to be launched!