A week ago, we posted an article about what happened when the most awaited graphics card went live for sale. From gamers to tech geeks, from PC brands to PC builders, the RTX 3080 was meant to be something that changed the phase of hardware set-up. But the entire launch ended up being a troll as the users couldn’t even be a part of it.

The RTX 3080 Trinity was out for purchase on multiple online stores. Amazon and NVIDIA store were the two main platforms to host this sale. Within very few minutes from the time the sale went live, nearly 20,000 orders were placed and thousands of orders on NVIDIA. 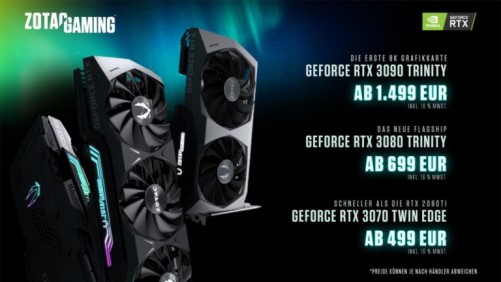 We official had to address this shocking event on Twitter and they did so, by conveying that the number of orders placed was not even near to the stock they had to ship. But this tweet was taken down shortly after a massive piece of news was revealed.

Scalpers had used bots to place these orders as a result of which within minutes (a couple of seconds to be precise) the mentioned orders were placed.

But good news! A Redditor who probably couldn’t make their way past these bots to order the RTX 3080 when the buyers could actually purchase themselves these graphics card without worrying about the bots.

This post got a reply from the official EVGA account, stating that the RTX 3080 will be re-stocked soon and sales will resume back to normal. 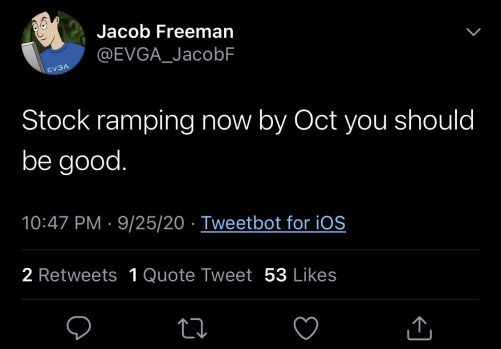 As mentioned, the stock revamp will be taking place in October. So after a week, we hope the sales will be back live on several online starts just like before- except for the part of the bots where none of you could enjoy the launch!