It is now officially confirmed that the next release from NVIDIA, another graphics card from the RTX 30 series is the GeForce RTX 3060 Ti. The main talk has always been about the RTX 3080 and 3090, or even the 3070 cards. The RTX 3060 Ti has not been in the spotlight because of the late announcement and the fact that it is a mid-range ampere card with restricted uses and possibilities.

But as the RTX 3060 Ti will be the first mid-range card of this year, a whole different set of the audience has been looking forward to the release. 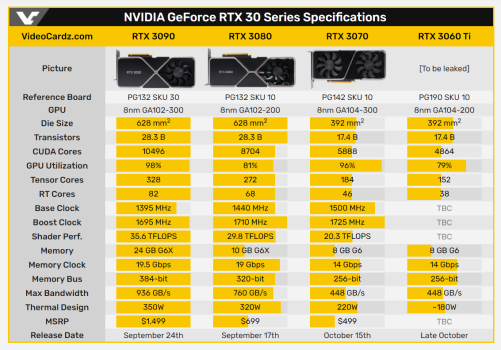