Medieval Dynasty saved game file location: Where is it?

Medieval Dynasty is the upcoming action-adventure role-playing game developed by Render Cube and will be published by Toplitz Productions on September 23, 2021. As the title of this game implicates, the game takes you to the medieval age, and you are given a role of a young man who has fled from war. This man decides to take his fate into his own hands. You have to witness the journey of this man from being alone, incompetent, and inexperienced, till he masters many skills and becomes the leader of the prosperous dynasty. Coming back to the topic, here is everything you need to know about the Medieval Dynasty saved game file.

However, there is a possibility that you might be saving this game on Steam Cloud. If you are unable to find the Steam Cloud Saved Game Files, follow the below-mentioned steps. 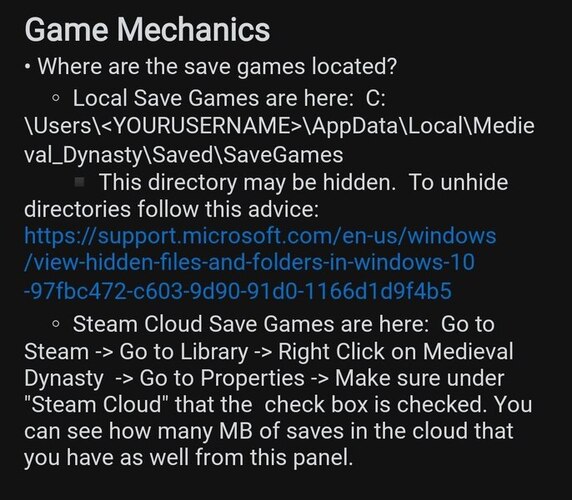 So, this was all about locating the Medieval Dynasty Saved Game file. The first process will work for most of the players who are reading this. If you found this article helpful, spread this article to your friends.