Flynn: Son of Crimson is the recently released handcrafted 2D action platformer game developed by Studio Thunderhouse and published by Humble Games. As the title of this game justifies, its gameplay revolves around Crimson Energy. The player has to help Flynn and his mythical companions Dex by mastering the art of Crimson Energy to save this place called Rosantica from an evil character. This evil character stands against Flynn and Dex to claim this place. This game is versatile and is available to play on almost every popular platform including Xbox One, PlayStation 4, Nintendo Switch, Microsoft Windows, Macintosh operating systems.

As the game has released, many players started playing it and exploring many new things. While playing the game, many players have different kinds of doubts. One of the players’ doubts is, whether there is an Invincibility or no damage mode in Flynn: Son of Crimson or not? If you are also having this doubt in mind, continue reading this article till the end.

The Invincibility Mode refers to a mode that allows players to be invincible at any time they want. By enabling this mode, players can have a great advantage in playing difficult levels of the game. Sounds unfair, right? But, there are such modes in some games. To balance the fairness of the gameplay, no achievement is awarded to deducted in the game when a player plays this mod. So, is there an Invincibility mode in Flynn: Son of Crimson? 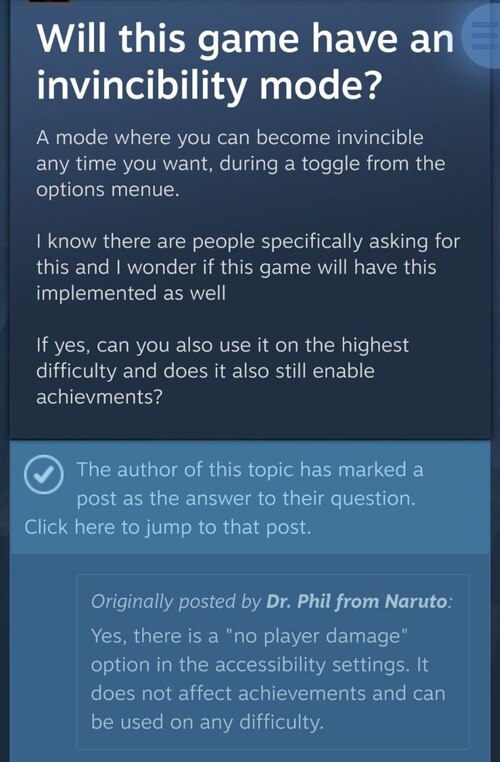 The answer to this question is yes. You can play the Invincibility mode in this game, but at the same time, your achievements will not get affected by the results of this mode. The name of this mode in this game is “No Player Damage”. You can select this option by going into the accessibility settings. You can use the “No Player damage” option on any level of difficulty in the game.

So, comment below the level on which you will use this option. Share this article with your friends

Medieval Dynasty saved game file location: Where is it?

Gas Station Simulator: How to empty the garbage container?

Gas Station Simulator: How to empty the garbage container?