Yesterday Riot officially confirmed Seraphine as a new League of Legends character, who will arrive with a close relationship to the K / DA group at the K / DA All Out event that will be the next one to take place in the Riot Games MOBA.

The leaks traces of the last weeks on Seraphine’s abilities are confirmed from beginning to end to stabilize her as support, a kind of copy of Sona League of Legends with the echo as a point of exclusivity to introduce the new member of the summoner’s rift and KDA.

League of Legends prepares the wrapping in the final stretch of Worlds 2020 with the presentation of Seraphine, the long-awaited red-haired support cloistered in the musical environment who finally presents herself with the first sneak peek in a video in which all her skills are seen.

Seraphine is the biggest disappointment of this year. from leagueoflegends

Whether it’s Seraphine’s hidden twin, a hidden shadow that has stolen her abilities, or a curious game from Riot Games to make us eat our heads even more with lore, the young singer drags a legendary hype before even appearing directly in it. stage of the World Cup final as part of KDA. Here are the full skills:

PASSIVE – Stage Presence
Every third Seraphine’s basic ability will be echoed, so it will automatically cast twice. Also, whenever he uses a skill with an ally nearby, he will create a Note. Each Note gives your basic attacks increased range and bonus magic damage, which will consume the note.

W – Surround Sound
Seraphine surrounds her nearby allies in song, granting herself and her allies movement speed and a shield. If Seraphine already has a shield, she can heal her nearby allies, recovering health based on how many allies she has nearby.

E – Beat Drop!
Seraphine unleashes a strong sound wave, dealing magic damage to enemies in a line and slowing them. If the enemies are already slowed, they are immobilized and if they were already immobilized they will be stunned.

Seraphine will receive an Ultimate Skin at launch: K / DA All Out Seraphine. The skin will come with missions with which two additional forms can be permanently unlocked. 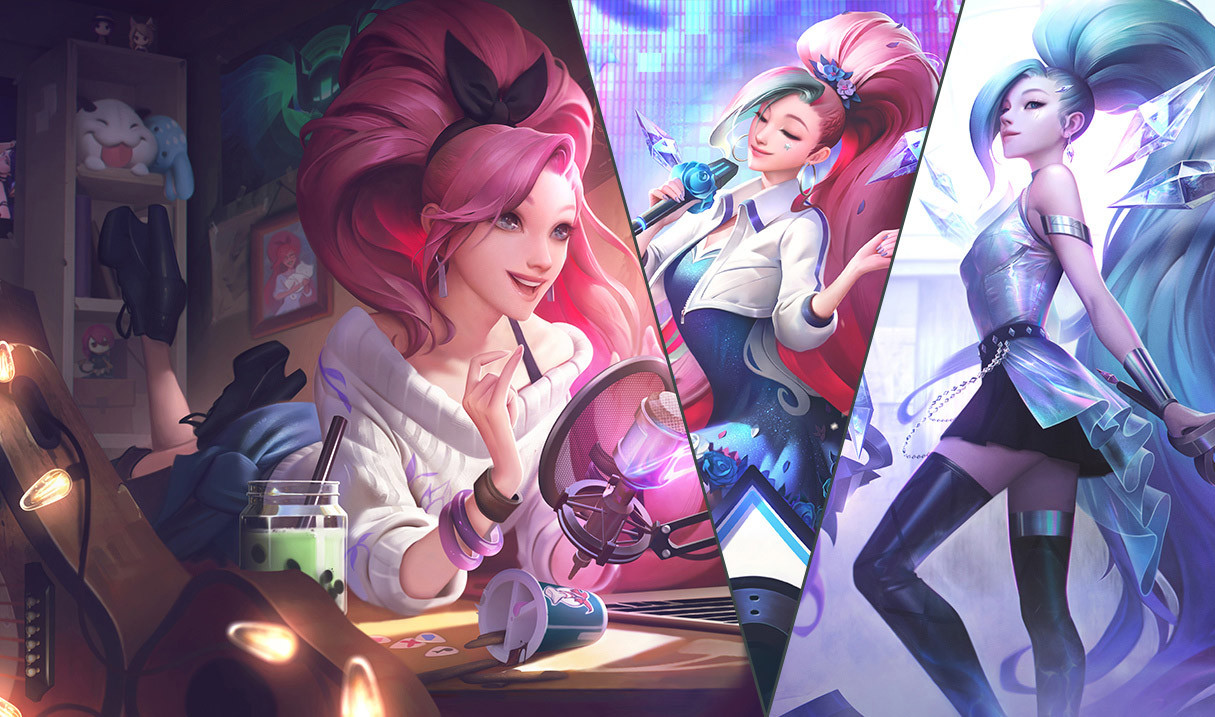 After all shapes have been unlocked, players will have the opportunity to choose between these shapes in the Champion Selection. The bundle with the K / DA All Out Seraphine concept art league of legends skin and additional icons, an emote and a frame will cost 3,250 Riot Points.

Seraphine League of Legends Release Date should come to the PBE server on October 13th and be playable there. It can be expected that it will also be published on the live servers a few weeks later. Do you think Sona League of Legends is so eerily similar to the new champion Seraphine?