Unholy is the new psychological first-person horror title that will definitely spook your wits out with a creepy atmosphere. Made by Duality Games, it has every crucial horror element that intends on delivering a compelling & disturbing narrative. The grim and dark level design, enemies, and tense moments so far look promising. The setting of the game is very similar to other horror games like Silent Hill and it does a few things differently. As the new-gen consoles are expensive, many are wondering if they’ll get to experience the game on old-gen consoles. Continue reading the article to know more details about Unholy and the platforms it’s releasing on. 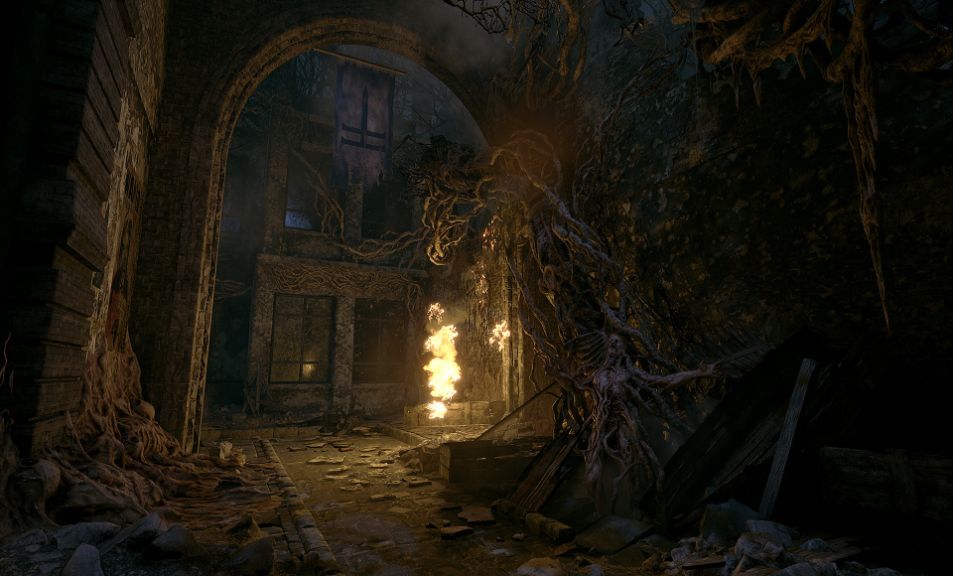 As the name of the game implies, Unholy has various instances that’ll make you question your reality. In the game, the protagonist is looking for her daughter and gets tangled up in both realities. Similar to Silent Hill Origins, players can explore two parallel worlds. One is normal, and the other is the dark unholy one, where you’ll face all sorts of monstrosities. The gameplay consists of puzzle solving, exploration, infiltration, and lastly stealth. Unholy encourages many ways of traversing the levels. If you’re spotted, it also has innovative shooting dynamics that’ll let you fight enemies head-on. The combat system of the game is unique as well as you can use four different emotions. Players can utilize them for puzzle solving or to bait, lure or kill opponents. The progression system is also different.

Devs recently teased Unholy at the TGS 2022, however, the exact release date of the game is currently unknown at the moment. What we do know is that it will release in 2023 as per the teaser trailer. If we get an official release date for the game, we’ll update this article ASAP so check back from time to time.

The idea of playing Unholy on PS4, Xbox One, and Nintendo Switch certainly is alluring and everyone can see why. Unfortunately, it won’t be coming to old-gen consoles. The game is scheduled for a PS5, Xbox Series X/S, and PC release only. Well, judging from the minimum system requirements to run the game on PC, we don’t think that Unholy will be a resource-hungry game. So, if it manages to gain popularity after its release in 2023, we can expect it to be released for old-gen consoles including PS4, and Xbox One, however, we are not sure about a Nintendo Switch Release Date. Note that this is just speculation from our side and not any confirmed update, so make sure to take this information with a pinch of salt.

This concludes the article on Unholy and if it’s coming to PS4, Xbox One, and Nintendo Switch. We hope that you enjoyed reading this article. Stay tuned for more updates about Unholy at Digistatement.