From the developers of Bioshock comes another amazing game. We recently got the reveal trailer of Judas on YouTube. Folks are very excited to get their hands on this game. But, it is still unclear when it will roll out. Now, current-gen console users are curious if the devs are planning to release the game for their platform as well. A lot of new games that are revealed recently are not available for consoles like PS4, Xbox One, and Nintendo Switch. So, if you are also looking for more information, then you have come to the right place.

Although the reveal trailer for Judas was short, we got to see a lot of exciting things. The general environment seems to be inspired by the Bioshock world. The main character is on a starship that is about to blow. Now, you have a choice- fight your enemies or make peace with them. Your decisions will have consequences that will shape the story. So, it will be interesting to see how players explore the world and find out different endings (if there are multiple endings). Now the question is, will current-gen console users get to enjoy these things or not? Well, let us find that out.

| Also read: When will Banishers Ghosts of New Eden come out for PC, PS5, and Xbox Series X|S? 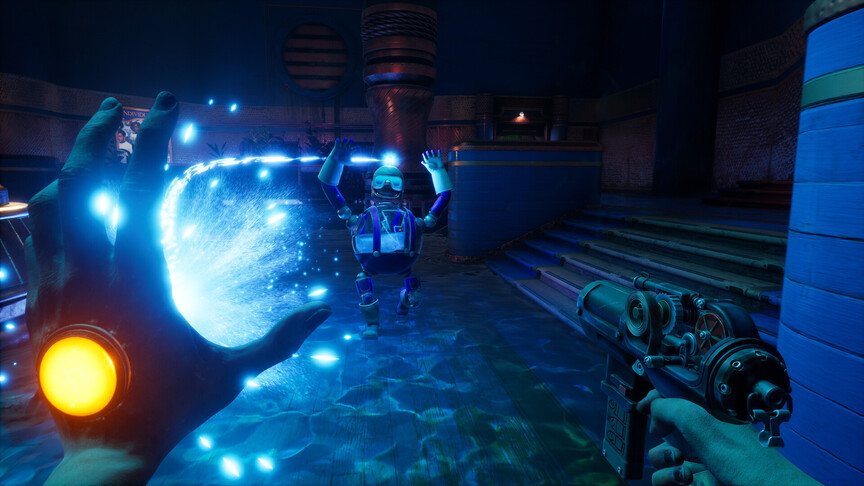 Is there a Judas PS4, Xbox One, & Nintendo Switch Release Date?

At the moment, the developers have announced that Judas will only roll out for PS5, Xbox Series X|S, and Windows PC. This is a little disappointing for folks who only own current-gen consoles like PS4, Xbox One, and Nintendo Switch. But, there is still a chance that the game might be compatible with PS4 and Xbox One. Since it is primarily developed keeping in the mind, the graphical power of the next-gen consoles, there is a chance that the devs downgrade a couple of features in the game and release it for the current-gen consoles. But you might not be able to get the best graphics. Anyways, since this has not been confirmed by the developers, take this information with a grain of salt.

Now as for Nintendo Switch, the chances are pretty slim. The Switch uses very old hardware that will struggle to run this game. It is clear that Judas will be very demanding with tons of features. Even the old Bioshock games are not available for this console. So, there is very less hope for Nintendo Switch to get this game. Well, we will make sure to update our article as soon as more information is available. So, stay tuned to Digi Statement, and happy gaming.