Yet another video game with a star cast is about to drop. The reveal trailer for Crime Boss Rockay City rolled out on YouTube very recently. The main attractions of the trailer were the superb characters. We have Chuck Norris and Michael Rooker playing important roles in the game. It will be interesting to see how the developers use these fantastic characters in the story. Well, it is already clear that next-gen consoles will get the game once it rolls out. With that said, current-gen console users like PS4, Xbox One, and Nintendo Switch are wondering if they will get to play the game or not.

Crime Boss Rockay City uses the same concept as many other games in the genre. A city of chaos where the main boss is dead. Now, several factions fight each other to gain control over the territory. Our main character is also a part of one such faction and needs to create a nice crew in order to get the throne. You will also need to complete missions and earn money in order to establish yourself as the true boss of Rockay City. The game looks quite good and the graphics are fantastic. This is why current-gen console owners are curious whether they will get to play this title. 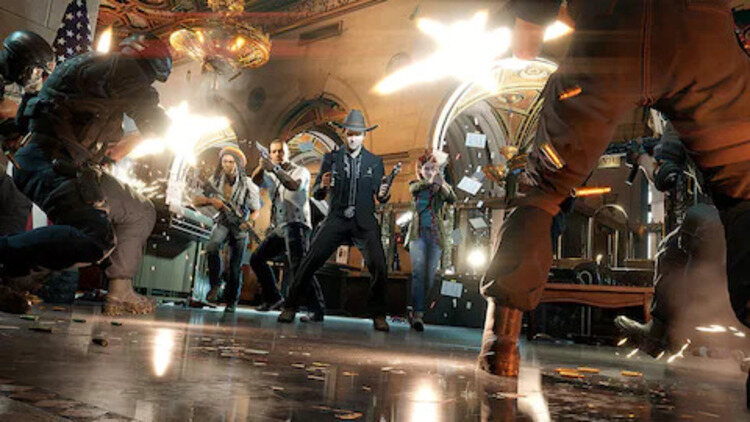 Unfortunately, the developers haven’t announced any release date of Crime Boss Rockay City for PS4, Xbox One, and Nintendo Switch. Currently, the game is slated to be released on PC in March 2023, and then on Xbox Series X/S, & PS5. So, players are left wondering if they will get to enjoy capturing and running the city in Crime Boss Rockay City on their old hardware. It is possible that the devs optimize their game and make it available for PS4 and Xbox One consoles, but this isn’t going to be coming anytime soon.

Also, there is very little hope that Nintendo Switch users will get to play the game. From the trailer, it is clear that Crime Boss Rockay City is going to be a graphic-intensive video game. Nintendo uses old hardware that struggles to run most modern AAA titles(although there aren’t many). So, we cannot imagine it running Cime Boss Rockay City. But, only time will tell which consoles will get the game in the future. We will make sure to update our article as soon as more information is available. Till then, stay tuned to Digi Statement, and happy gaming.