The 2022 Game Award had some pretty exciting new game reveals. One such is Crime Boss Rockay City which garnered a lot of attention. The star cast seems to be the main attraction of the game for the moment. We get Chuck Norris and Yondu’s actor (Michael Rooker) as important in-game characters. There are also some very popular celebrities that will make an appearance in the game. Since the game is scheduled for a release on PC, PS5, and Xbox Series X/S, players are wondering when it will finally roll out. So, if you are curious about the same thing and are looking for more information, then you have come to the right place.

The trailer of the game revealed that Crime Boss Rockay City is a story about a character that wants to be the new boss of a large gang territory. All these events unfold after the big boss of the city dies. Now, there are several factions that want to take control of the city. The protagonist(You) is also in the race to achieve the throne. In order to do this, you will need to complete all sorts of missions and get yourself a nice crew. This will allow you to establish yourself, and gain control and power.

| Also read: When is Dark & Darker’s next Playtest release coming out? 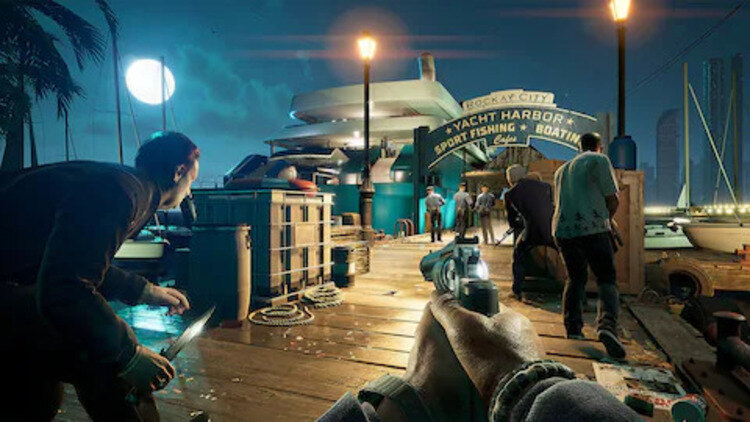 Crime Boss Rockay City will roll out for Windows PC on March 28, 2023, through Epic Games Store. You can also pre-order the game now. But, as for PS5 and Xbox Series X/S users, the game will be available on your devices at a later date in 2023. Since the devs have not announced a console release date, we can assume that it will take a couple of months for the game to roll out for these platforms. We are hoping that PS and Xbox users might get the game by April or May of 2023.

Porting a video game to the console or vice versa takes a lot of time. This process also triggers a lot of bugs and glitches. So, it is natural that the devs will take some time to polish the game before rolling it out for PS5 and Xbox Series X/S. But, we don’t think it will be a long wait. We will make sure to update our article as soon as we get more information. Till then, stay tuned to Digi Statement, and happy gaming.