Huawei’s controversy with the US government has somehow led to a massive development surge within the Chinese OEM. The brand has come as far as to have its own OS. We have been hearing about Huawei’s Harmony OS for a long time. However, there’s no Huawei smartphone powered by the OS even after a year of its launch. As per a new report from Science and Technology Innovation Express-News, the brand might be planning to launch the Harmony OS 2.0 on September 11 later this year.

Back in 2019, Huawei did release their very own Harmony OS at HDC 2019(Huawei’s Developer Conference). So far, there are no smartphones running on the OS. HDC 2019 also revealed a roadmap for further versions of Harmony OS as well. The roadmap mentions Harmony OS 2.0 scheduled for 2020. Well, now we do have some exact dates for its release. Reports suggest that Huawei will be releasing the Harmony OS 2.0 in HDC 2020 which is supposed to be held on September 11 this year.

It seems Huawei has a lot of plans underneath to build an amazing ecosystem. That’s because Harmony OS 2.0 will reportedly be running on PC’s, smartwatches and will also power car terminals and a lot more. A while ago, we also saw Huawei launching their first-ever PC’s in China powered by their own HiSilicon Kunpeng chips. This could mean we will very soon have Huawei’s PC running on Harmony OS 2.0. But, will the OS possibly be able to compete with Android? 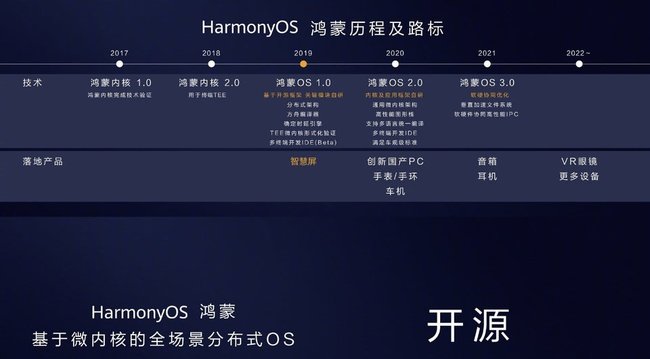 Huawei has so far been doing a great job with HMS and their own apps as a replacement to GMS and Google Apps. The results are not as good as Google’s but are still overwhelming. That being said Harmony OS might be a potential competitor to Android. Thing’s are just getting started for Huawei as the brand also has plans for Harmony OS 3.0 to be released in 2021. This will further expand their ecosystem to speakers, headphones, VR glasses, and a lot more.

Recently, a number of trademarks filed by Huawei were also spotted named HarmonyOS Linked, HarmonyOS Connected, AIRGlass, Home Mate, Hi City, Hi Lens, and others. Believe me, Huawei is going big for sure. Huawei is planning to run all of its devices on its own Harmony OS. This will create a much better ecosystem and provide a seamless experience to users. That being said, we don’t yet know when we will get to see devices running on Harmony OS. So, even after the launch of Harmony OS 2.0 this September, don’t expect to see devices running on it right away.

What do you think about Huawei’s Harmony OS? Will you use it in the future? Do let us know in the comments section below.