This is Huawei's next foldable flagship

Out of all those devices out there, a foldable smartphone is something that many of us want to try. In the past few years, we have seen a couple of foldable flagships from a lot of OEMs. So far, Samsung aces the race with devices like the Galaxy Z Flip and Fold. However, OEMs like Huawei have their very own foldable devices like the Mate X and the Xs. That’s not just it, Huawei might be planning to launch its next foldable flagship dubbed Mate V very soon. This one is going to be a bit different than the earlier Mate X and Xs.

A while ago, Chinese OEM Huawei filed a patent for its upcoming foldable smartphone. The first leak comes from a European certification website EUIPO which lists a new smartphone patent from Huawei. Earlier rumors pointed towards something called the Mate X2. However, recent reports suggest that it will indeed be called the Huawei Mate V. Some alleged renders and leaks of the device have started surfacing online. 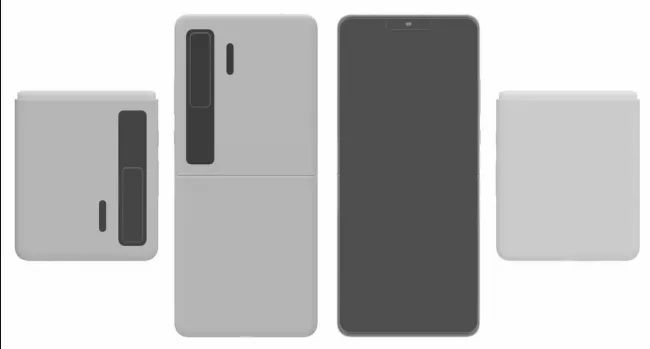 The most significant change as per reports is the new display that folds inwards like the Galaxy Flip. Both the Mate X and Xs used to fold outwards just like Samsung’s early Galaxy Fold. It seems Huawei is adopting this mechanism to do away with issues that persist with the outwards folding display. Ben Geskin has come up with some renders of the smartphone which reveals a similar clamshell design as the Galaxy Z Flip. Take a look at the images below.

Talking of the specs, there is no information about the device’s internals or other specs as of now. However, the smartphone will most likely come with a Kirin 990 chipset or something similar to that. Further, these renders show that the could have a vertical rear camera setup at the back. The camera bump further extends downwards to house a small display just like the Galaxy Z Flip has. This will come in handy for displaying notifications. Also, the smartphone has a significantly sized notch at the front. Ben Geskin says that the notch will house a 3D IR sensor for face recognition. Don’t you think it would look awkward to have a notch display on a foldable smartphone like this one? 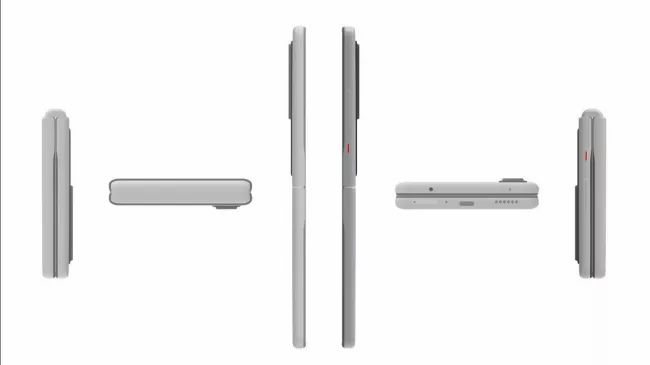 The Mate X and Mate Xs were not at all cheap phones when they sold out in China and later in the UK and some other regions. They cost almost the same as the Galaxy Fold. That being said, the Huawei Mate V might be priced around the same as the Galaxy Z Flip. We expect the Huawei Mate V to be priced around $1300 USD. That’s right, it is indeed going to be a costly smartphone. Further, it won’t have any Google apps or GMS. That makes the upcoming Galaxy Z Flip 5G look a whole lot better.