The Honor 20 Pro is finally getting Magic UI 3.1

A while ago we saw an alleged list of devices that are supposed to be getting the EMUI 11/Magic UI 4 Update. However, there’s still time for that to come considering the fact that they are still under development. Meanwhile, Huawei continues to roll out EMUI 10/10.1 and Magic UI 3.1 updates to its devices. Just like Huawei, its sub-brand Honor does bring a lot of fo amazing devices to the market. The Honor 20 Pro is one of them and the good news is the device is now getting Magic UI 3.1.

The Honor 20 Pro came out a year back in 2019 with Android Pie based Magic UI 2.1 out of the box. The device started receiving the Magic UI 3.1 update based on Android 10  a few months back in April. However, it seems the rollout was not meant for all the units globally. Now, the units in Poland are receiving the Magic UI 3.1 update. The update comes with the firmware version 10.1.0.230 with the OTA package weighing in around 4.63 GB in size. 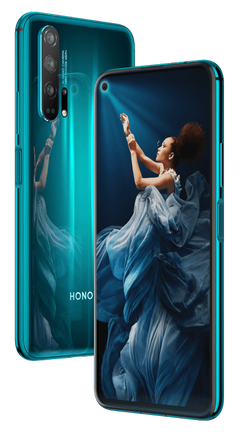 The update brings home all the latest features that we also saw in EMUI 10.1 including the Huawei Assistant and UI changes as well. Further, the update also brings the June security patch for the device. As of now, the OTA update is rolling out in Poland. Earlier, many units in some other regions have already received the update as well. That being said, the update is being rolled out in batches and will soon be available for all the devices globally.

Android 10 is the first major OS  upgrade for the Honor 20 Pro. Hence, we will also get to see the Android 11 update for the device along with Magic UI 4. However, we don’t yet have any concrete information regarding that. Many other devices from the Honor 20 series have already received the Magic UI 3.1 update in some regions or the other. While Huawei continues to roll out updates to its devices, there are still a lot of them in the queue waiting to pick up the update.

Did you receive the Magic UI 3.1 Update for your device? If yes then which feature did you like the most? Do let us know in the comments section below. Also, stay tuned for further information on the Honor 20 Pro and Magic UI 3.1 update.