How to get cloth in Stardew Valley?

Stardew Valley is one of the most popular farming RPGs in the genre. The game is popular for its addicting gameplay. Likewise, the combination of charming characters, secret lore, and constant love and attention from the game’s developer has kept this Stardew Valley alive for half a decade and it doesn’t look like it’s going anywhere anytime soon.

Stardew Valley Cup was recently announced on Twitter by ConcernedApe’s official account. It is a competition of skill, knowledge, and teamwork, with a prize pool of over $40k. Some of Stardew’s most dedicated players will compete in the competition. So, fans of Stardew Valley are excited about the event.

In the game, you learn to live off the land through farming crops, raising animals, fishing, foraging, mining, exploring the town, and restoring it to its former magical ways. You gather resources in the game for crafting and also for selling. One also encounters its unique townspeople.

There are multiple sources of getting wool in Stardew Valley. Cloth in Stardew Valley can be made by processing wool in the loom. Alternatively, you can get cloth from Mummies, the Desert Trader, or the recycling machine by feeding it Soggy Newspaper.

For players in a hurry, you can get cloth quickly by visiting the Desert Trader on Wednesdays. There you’ll be able to barter for one unit of cloth in exchange for three Aquamarines.

The most traditional method of getting wool is given below: 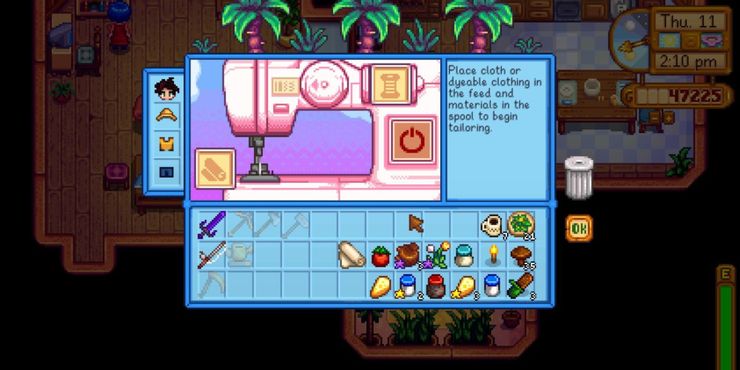 Here are some things to remember when tailoring