It is finally time for Update 1.3 to hit Genshin Impact. After a series of speculations about what new characters and weapons will be coming in update 1.3, we will get to see what will actually be introduced in this update. Here’s everything you need to know.

Note- Players above adventure rank 5 are eligible for this.

Update 1.3 will be bringing new and exciting content to the game including a new 5-star Polearm character Xiao along with new weapons. During the event wish “Invitation to Mundane Life, character Xiao, Diona, Beidou, and Xinyan will have high wish drop rates.

Update 1.3’s flagship event is named Lantern Rite which has subsequent sub-events and quests included. “More events to follow during Version 1.3”- has also been stated by miHoYo. If you wish to know more about the update, you can find the patch notes here. 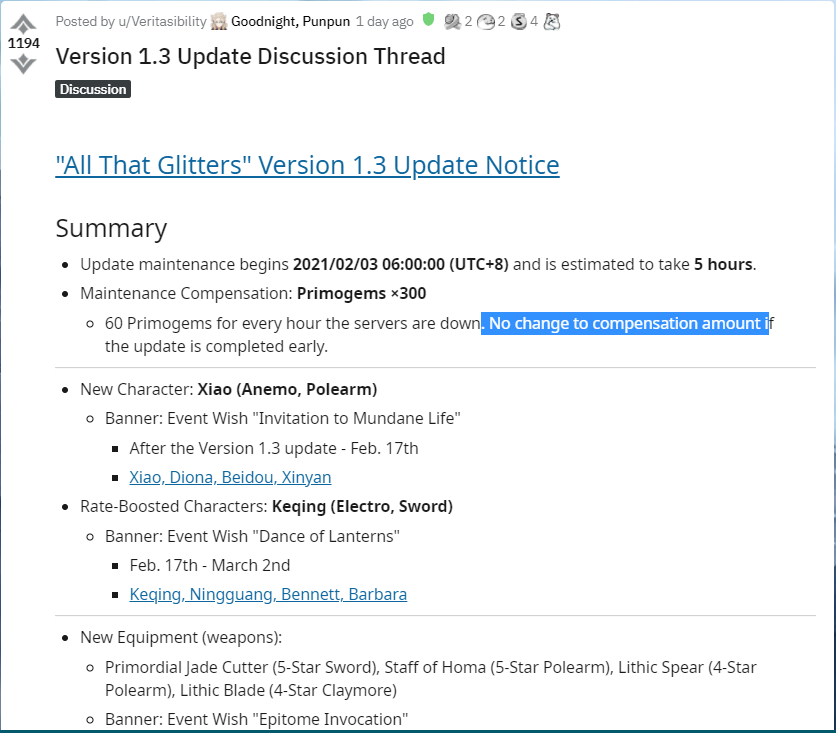 The update also introduces new changes to the fan-favorite character, Zhongli. The changes mostly buff Zhongli to some extent and we might get to see him as a superior character after the 1.3 Update. For more details on Zhongli buffs, visit here.

So, with update 1.3 being so close for release, there have been many leaks and rumors about the release of new characters in the upcoming update 1.4. Just like the leaks of 1.3 were true and legit, we believe our information on update 1.4 will also share the same fate. To know more about the leaks of update 1.4, visit here.

Well, we also have information on Update 1.5 of Genshin Impact. Too early to say anything about this, but we think it is still legitimate information that might be valuable to many players out there. If you wish to gain knowledge about update 1.5, visit here.

When are the fossil eggs leaving Adopt me ?