Updated February 13 : Nep Nep aka Twitter user nep_impact has shared some more leaks for the upcoming update 1.4. According to his leaks, Wind Flower festival & Oceanid event will arrive in the update 1.4 & it will be divided into 4 stages. New weapons are also making their way to the update 1.4. You can take a look at his tweets down below.

Leaks 1.4: I present to you the brand new "Pet Oceanid Seelie" accompanied by the magnificent Rosaria ☺️

You can unlock it during a special Oceanid event on update 1.4 !!#GenshinImpact #原神 pic.twitter.com/lhdittkVMl

Leaks 1.4: Oceanid event in 1.4 Meet Yandola. Follow the hints to find the Pure Water Hearts, use the Hearts to face off against the empowered Oceanid, and at the end of the day you might just walk away with it as a new pet.#GenshinImpact #原神 pic.twitter.com/ddrjpaBIpO

jacks, dodging bullets, walking in the dark, etc. There will be a total of 3 rounds played, the score accumulated after 3 rounds of challenge will be converted to buffs applied during the final challenge, which is fighting a Pyro Regisvine.#GenshinImpact #原神

New stuff that can be fed into artifacts

Passive: after using a (elemental ability) . Increases the wearer's ATK from 16 to 32% for 6s.#GenshinImpact #原神

Updated January 22 : A lot of new content for the game has been teased by Devs in today’s livestream for the upcoming update 1.3. A new enemy is also making its way to the game. You can have a look at all the upcoming content in tweets down below.

You can use the new element "Transforming Dust" in synthesis to convert material elements.#GenshinImpact #原神 pic.twitter.com/AEaceCnUEd

※ This new item is available to travelers of Adventure Rank 31 or higher.#GenshinImpact #原神 pic.twitter.com/OMCzFYSEwr

The "Organic Magazine" records information about the enemies you have defeated and the animals you have obtained or discovered.#GenshinImpact #原神 pic.twitter.com/VXicXxjC5o

This is an introductory video of the new enemy "Vishap" which appears from version 1.3.#GenshinImpact #原神 pic.twitter.com/YTIESrFrEd

The list of events planned for version 1.3 is published!
Please wait for the next official announcements regarding the details of each event.#GenshinImpact #原神 pic.twitter.com/MzUpe4PPMx

miHiYo’s Genshin impact will be featuring a new character in the upcoming Patch 1.4. Earlier she was supposed to be released in patch 1.2 but now, the confirmation of her release in patch 1.4 has been made. With Patch 1.4, we also have some new banners leaks for Rosaria and Venti in Genshin Impact. Here’s everything you need to know.

Rosaria is a 4 star Cyro Polearm character scheduled to be released in the upcoming patch 1.4. She will be arriving at the windflower festival in Mondstadt. It is also rumored that she will be on a Venti rerun banner.

Rosaria is already getting attention across the Genshin Impact community as many artists have drawn her and posted their drawings on Reddit. 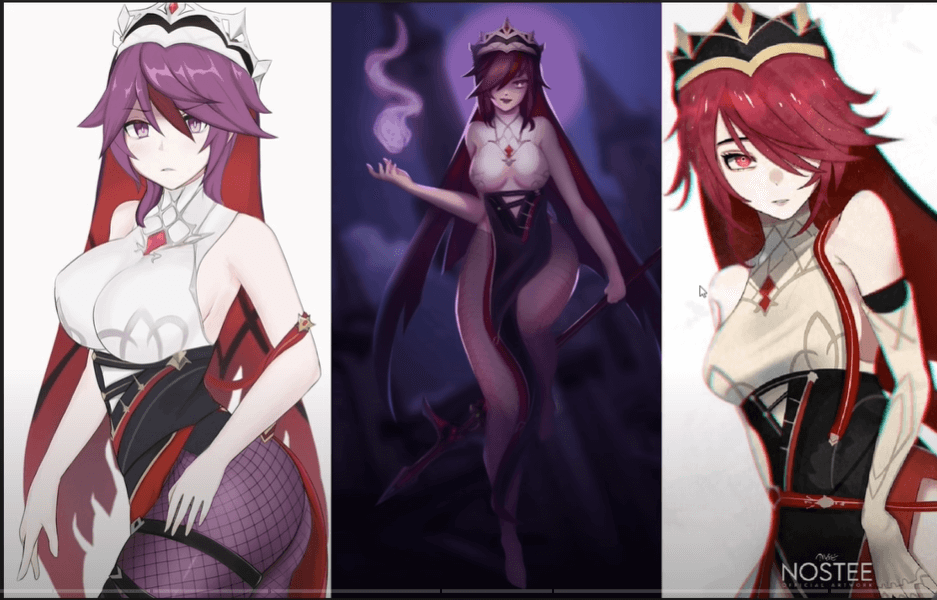 Now looking from her fan art, we can say that she will be a fan favorite in no time and while she comes into the game, miHoYo might be using this opportunity to bring the old repeating character. We think it is going to be Venti. So, for players who are waiting for a long time to get Venti, patch 1.4 will be the correct time.

We have no information regarding the release date of Patch 1.4 as miHoYo has not yet announced. But we expect it to be released soon after the release of update 1.3.

Now, miHoYo has fixed this bypass by providing an extra layer of security. Now, whenever a user will try to change the linked number of a secured account, a verification code will be sent to the already linked number before applying the change.

Update 1.3 is still on the way with some exciting features, but leaks for Patch 1.4 are already round the corner. It is interesting to see that the community is so actively participating in various discussions which helps us to gather correct information quickly. So, for more Genshin Impact updates, follow us.