Updated April 18, 2021 – Friday Night Funkin Week 7 update has been released but it is currently only available on Newgrounds.com.

Update March 20, 2021– Recent developments have revealed some leaks that Tankman is coming with the Week 7 Update. For more info, visit here.

jus wait til the week drops it gon be nutso

Update March 15, 2021 – A popular Twitter user ninja_muffin69 has revealed that the Week 7 update will be rolled out today. Well, it is not from an official developer, so we should not believe this tweet for 100 %.

Update (12 March 2021)– @Kawaisprite has released a new track for FnF which will most probably be included in the Week 7 update. Find more details here.

Update(11 March 2021)– New information has been leaked that the Week 7 antagonist will be a grey-furred anthropomorphic rat, Ritz. Although official confirmation is awaited, this might be a solid addition to the Week 7 update for FnF. For more info, visit here.

Friday night Funkin is a game based on a flash rhythm and was created for Ludum Dare 47. Developed by Ninjamuffin99, the game can be accessed from itch.to or played on Newsground for frees. The soundtrack was provided by Kawai Sprite and artwork by Phantom Arcade and evilsk8r. This game has mainly 4 characters i.e. our protagonist boyfriend , his girlfriend ,girlfriend’s mother and her father . However, the ex-rockstar father Daddy Dearest doesn’t approve him. So the boyfriend has to do a rap battle to prove himself in front of the world, especially the father so that he can finally kiss his girlfriend.

Here is the week wise summary for Friday Night Funkin :- 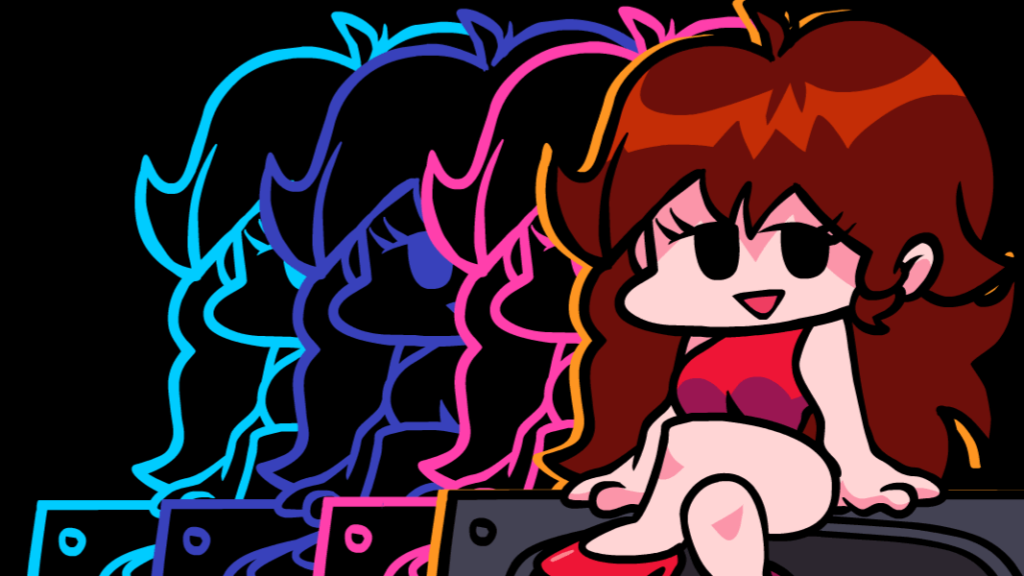 After a collection of notes for the young man is finished, he can continually strike a V-Sign create unless the player doesn’t clear the level. This is applicable only to the first track.

Skid and pump are the first guest characters of the game. The antagonists of Week 2. They are a duo of kids in halloween costumes. Spookeez and South are their songs

Once in a while, you face a lightning strike. Whenever this happens, the sky flashes and alters the lighting of the room for a short period of time. At this particular time the Boyfriend and Girlfriend are displayed frightened. This is applicable to all the tracks as well as the unused track Monster Song.

Subway trains zoom by from right to left. Whenever this happens, the girlfriend’s hair is blown to a particular side, which stops her from reacting to the beat. She will again continue once the subway cars finish passing by. This is applicable to all the tracks.

Week-4 The Mommy Must Murder Week

For this week, the entire location takes place on moving limos. The hair of all the characters, especially the boyfriend and the girlfriend gets blown by the wind continuously. This is applicable to all the tracks.

An entirely new appearance is given to the boyfriend as well as the girlfriend, the daddy, and the mom to suit the week’ Christmas/winter vacation theme.

The Christmas tree is adorned with intestines, blood, and  a beheaded head that resembles the girlfriend. The snow is also pink in color . Blood stains and drips from the second floor’s solid railing to the bottom of the escalators.

Week 6 was the debut of Senpai, who is the primary antagonist of the week. He is a light- skinned blond male with a constant blush. In the third track he is forcefully taken over by a spirit. The spirit has a floating face and a pained expression. Senpai, Roses and thorns are the main tracks.

The boyfriend and the girlfriend each have completely different appearances to suit the week’s performance. This alters other things like text, arrow etc.

The game over screen, music, and other sound effects are modified accordingly to enhance the style. The boyfriend’s skeleton retains the pixelated look, and therefore the game over music and other sounds is redone with a variety of chiptune.

What we believe can happen in Week 7:-

Roblox : How To Get WREN’S TREASURE CHEST number 1 in NINJA RUSH (METAVERSE CHAMPIONS)