Farming Simulator 22 is the latest agricultural game that perfectly replicates every element of activities involved in farming. Be it animal husbandry, agriculture, and forestry, it allows you to expand your farming venture with production chains. In order to acquire quality equipment, machinery and raise your own field, it takes a tremendous amount of money that you have to invest in the game. Bearing similarities to FS 19, the game improves upon the level of detail, gameplay, and lots of crops to grow. Today we’ll explain which crops can yield you more profits and how you can earn money in a realistic and simple way. 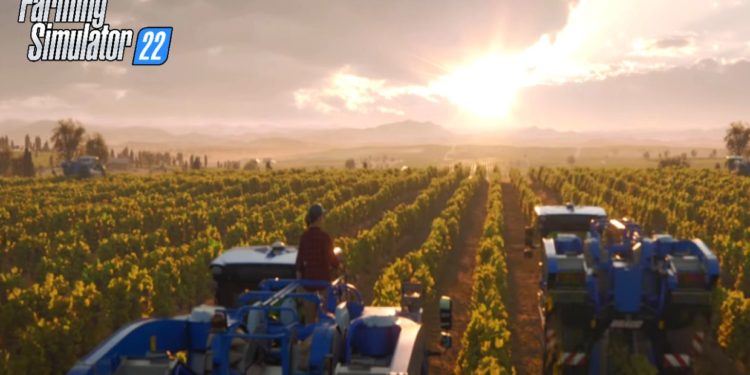 There are a total of 14 crops available in Farming Simulator 22 and we’ll be explaining each of their value and their price in the market. Crops like Wheat, Barley, Oats, Canola, Sorghum, Berries, Sugarcane, Cotton, Sugar beets, Corn, Potatoes, Soyabean, and lastly Sunflower seeds that you might be familiar in the previous FS game. Another thing you should be aware of is that the prices of the crops fluctuate from time to time, so they might vary.

What we’ve found is that most of the time the highest price fetched in the game is in Goldcrest valley. The same goes for Olives, Soybeans, and Wheat. The reason for that is because it is a train line, and you have to hire a train to reach Goldcrest valley. Selling and harvesting crops at the right time of the month are the key to bringing more profits. Based on the data we’ve deducted, here are some of the crops that’ll yield more money in the game.

The first crop that you can harvest to bring more profits is none other than Wheat. It yielded 3,029 liters of straw which is not bad and the maximum it yields is 12,497 liters of straw so selling wheat along with that straw will net you a good amount of profits. Wheat is planted between September and October and can be left until July or August for a more quality harvest. 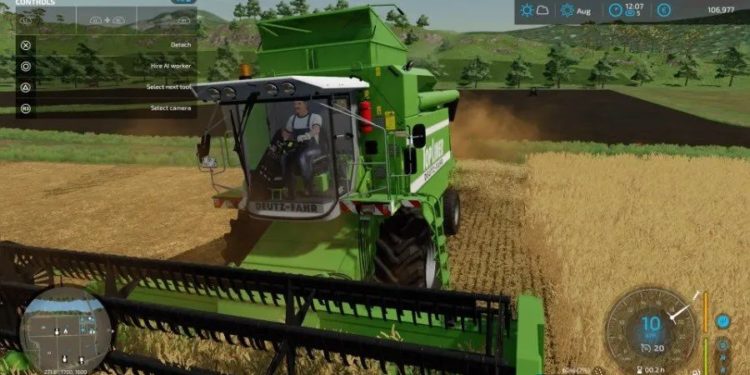 Another most important and profitable crop that you can cultivate is Barley. Harvesting it will give you 3,268 liters of straw, higher than wheat. In the 44 size field, the maximum you can get is 12,503 liters of straw, which is pretty amazing. Barley can be harvested from June to July and is easy to grow.

Oats is the third crop that yields a considerable amount of profits in the game. Harvesting oats will grant you 1,940 liters of straw, a bit lower than barley, but acceptable. The maximum you can get is 12,500 liters of straw, the same amount as wheat and barley which is profitable.

A crop that FS19 players are well aware of. Canola yields 1,974 liters of straw which is pretty ok. It should be planted in August and September and players will have to wait for a longer time before they can harvest them. July or August is recommended for harvesting canola.

Harvesting corn in farming simulator 22 grants you a decent 3,132 liters of corn.

After corn, sunflower is one of the high-quality crops that fetches a good amount of profits. By harvesting sunflower, the yield turns out to be a maximum of 1,770 liters. Which again is a decent price, lower than corn.

The maximum yield one can get by harvesting Soybeans is 1,532 liters of soybeans. A bit disappointing as FS 19 yielded more profits by harvesting soybeans. Sadly this is not the case in FS 22.

The root crops and the most important crops in previous FS19 and FS 22. Harvesting potatoes will give you a total of 13,643 liters. A massive boost from what we’ve gotten with the previous crops.

Sugar beets are the next impressive crop in FS 22, followed by potatoes as it yields a total number of 19,412 liters.

Sorghum is one of the brand new crops that’s featured in Farming Simulator 22 and produces a moderate yield at 2,787 liters.

Another crop that can be very profitable when selling is Olives yield is that you get 2987 liters.

In the game, harvesting cotton led to 1,674 liters, which is very small compared to barley and potatoes.

Completely different from other crops, harvesting grapes takes a lot of time and effort and it is worth the effort. The maximum yield generated by Grapes is 3091 liters.