In the ever so popular and growing genre of battle royale the latest entry, Fall Guys has become a well accepted game. Released only a couple of weeks ago on 4th August, this indie title has managed to burnt into popularity due to its unique art style and fun gameplay.

Fall Guys puts the players in control of odd looking jellybean like characters which come in all shapes and sizes. One of the most extensive visually appealing area of the game is the amount of theatrics it offers. Therefore, today we decided to take a look at it. Hence, following is a list of all the emotes and celebrations present in the game so far.

It is a legendary item, sold in the shop for five crowns only.

It is an uncommon item which can be unlocked at level 11 in Season 1 of the game.

It is a common item which the players already owns from the start of the game.

A common item, pre-owned by the player at the beginning of the game. 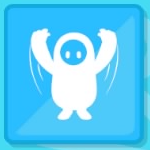 It is an uncommon emote which can be bought from the shop for 5000 Kudos only. 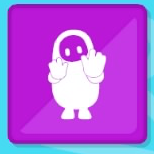 An epic tier item, sold in shop for only 3 crowns.

This emote is an uncommon obtainable, available at level 30 of season 1. 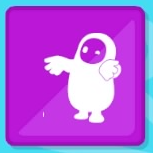 It is an epic item sold in shop for 3 crowns only.

Yet another common item which is already owned by the player.

It is an epic tier celebration, available after achieving level 40 in season 1. 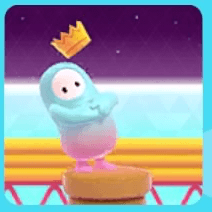 This is a rare celebration which can be bought for 8000 Kudos from the shop.

Robot Master is a rare celebration which can be bought from the shop for only 8000 kudos.

Thus, with that the list of theatrics in Fall Guys comes to an end. Due to the game being a brand new release, players should expect to see tons of more emotes and celebration down the line.