The recent Game Awards 2022 got gamers eager for all of the upcoming games. Earthblade is one such game that was revealed to a worldwide audience. Earthblade’s reveal trailer debuted at The Game Awards 2022 showing what it has to offer you. Extremely OK Games are the developers and publishers of this title. Previous games, such as Celeste, have been huge hits and fan favorites. Celeste’s admirers adored it for its character-driven game plot progression and gorgeous music composed by Lena Raine. But, with that said, let’s delve deeper to learn more about the release date of Earthblade and when is it coming out.

Earthblade’s trailer unfolds with you getting a peek at the protagonist. The game builds upon the character you can play, Névoa, a mystifying child of fate. The trailer showcases all the different biomes through which the game unfolds. There are plenty of regions for you to explore with snake-like monsters and a lot of traps set in place. You will need to solve these puzzle-like stages to progress in the game. With that being said, there is plenty of evil for you to face and also plenty of friends that you will come across in Earthblade. You are welcomed by a regal and fairly white character introducing the game and calling you to be traveling your fate. If you enjoyed the music from the previous game Celeste, then your gonna be delighted. Fans have been very excited to find out that Lena Raine is back in Earthblade. You can keep reading below to find out when can you play Earthblade. 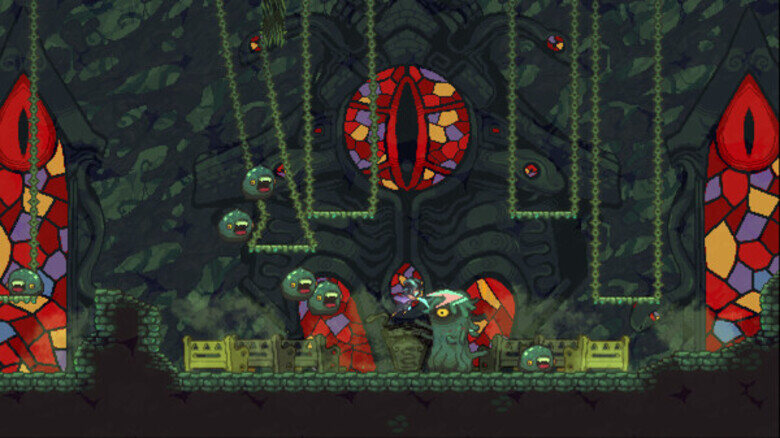 Unfortunately, we do not know the exact release date for Earthblade. But you can be sure it will be released sometime during 2024. Well, it has been listed on Steam which makes it obvious that the title will be available on PC. But, do the console players have any hope of enjoying it too? Well, there is because the studio has released their previous game, Celeste, to consoles as well. This makes it obvious that there is a chance for Extremely OK Games to bring the upcoming title to consoles too but this news isn’t official yet, so take it with a grain of salt.

With that being said, the pixel indie game should be one on your list for the upcoming years to come. So, stick around and do visit Digistatement for more news.